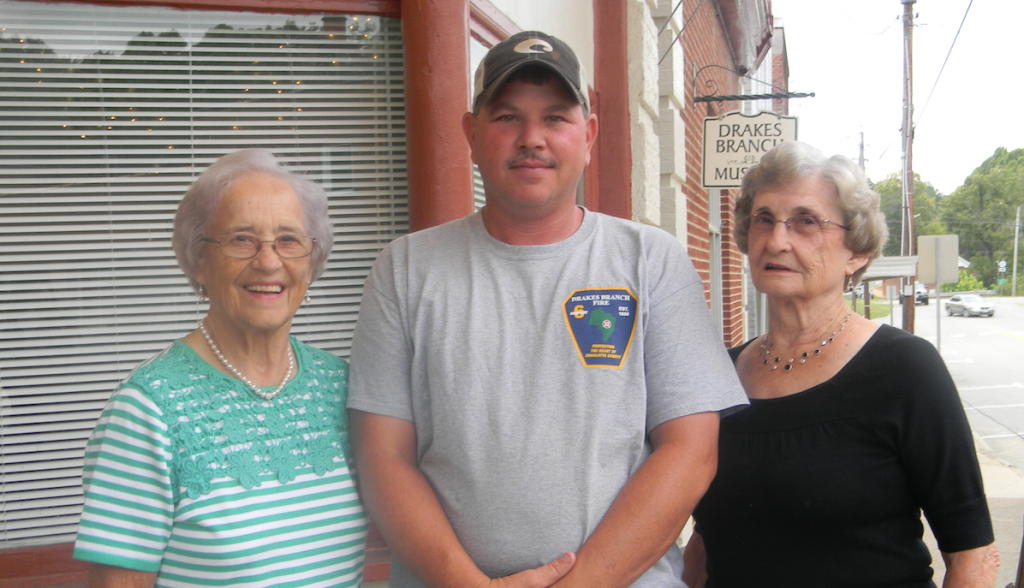 “We are very grateful for their overwhelming support throughout the years,” said Drakes Branch Fire Chief Kenny Tharpe. “The ladies work hard every week for us. Their donation is an important part of our yearly budget.”

According to club representative Nellie Garnett, the group sponsors weekly dances to help raise funds for the benefit of fire department. “We just have the music down here and we donate half of the door to them,” she said. “We’re just doing that to help out.”

Garnett said the weekly dances are held Monday and Thursday nights in the town of Drakes Branch at the Drakes Branch Music Hall on Main Street. “We don’t charge but $5 to come in,” she said.

Garnett said Thursday night is typically set up for the fire department while Monday night is geared towards the musicians because only a donation is taken as an entrance fee.

She said the other half of the donation is used to replenish supplies for the weekly events, to pay the electric bill and pay the musicians.

“We’ve had good support…,” Garnett said. “Most of our people come from out of town.” She said patrons of the weekly dances come from as far as Lynchburg, Roxboro, North Carolina, Farmville and Broadnax.

The dances include music, food and 50/50 raffle tickets.

Each week, Garnett said she begins the preparation for the dance. “I do a lot of cooking for it,” she said.

Garnett said the building belongs to the town and “we’re going to redo the ceiling.”

She said anyone interested in making a contribution to the dances in the form of food or monetary donations are welcome. “We can always use supplies…,” she said.

Tharpe said his department has future plans to build a modern fire station.

“Hopefully their support will continue. We hope the ladies realize how important they are to us. Additionally, we hope the public supports them as well as the proceeds from the music/dance comes to us.”