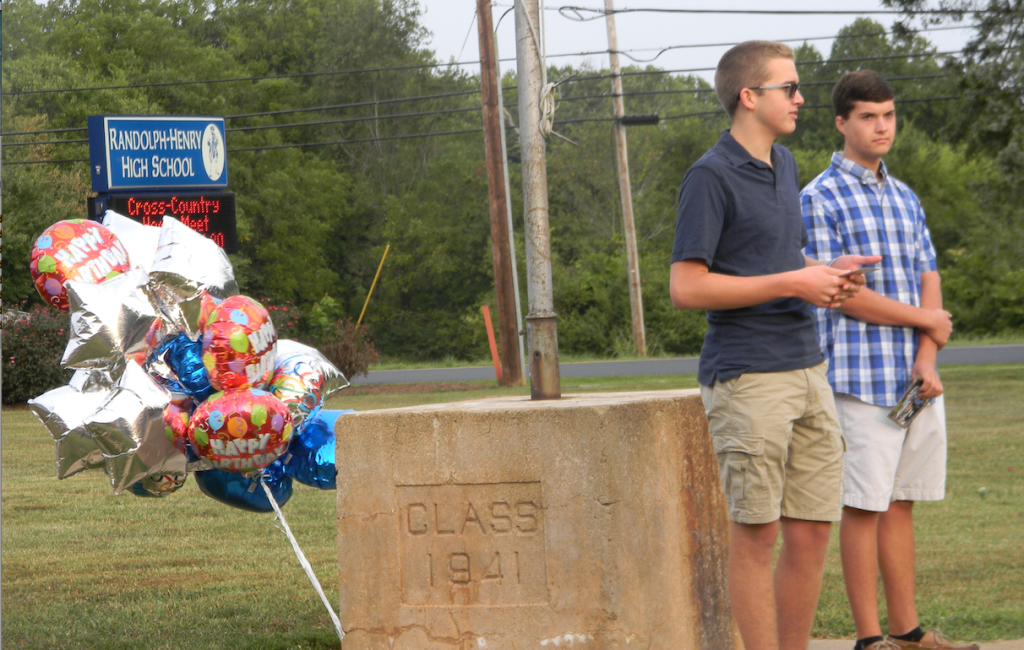 The Fellowship of Christian Athletes (FCA) chapter in Charlotte County held a prayer session at the Randolph-Henry High School (R-HHS) flagpole in honor of the late Carter Thomas White’s birthday, which was Monday.

The former R-HHS student would have been 17 years old.

“Thank you all for coming. It means a lot,” said FCA member Austin Agee during Monday’s event.

Family, friends and community members gathered to pray, sing songs and release balloons in honor of White, who was tragically killed in a hunting accident that occurred Dec. 2.

According to event documents, “we, as a community, are gathering at the R-H flagpole in prayer to remember Carter and pray for his family and everyone affected by his sudden death on what would have been his 17th birthday.”

Event organizer Hunter Sanderson said a couple of White’s friends got together and planned the event because they knew they wanted to do something to remember his birthday.

This is the second prayer session held this year at the Randolph-Henry flagpole, after the first Aug. 15 session earned the attention of many community members due to a Facebook post by parent Toni Reeves Arrington shared more than 274 times.

“Prayer is a powerful tool, and I’m so thankful there are those who aren’t ashamed to stand up for what we believe in and pray for all our kids and staff,” said Arrington.

According to Chapter Sponsor Joshua Barmoy, the organization has no affiliation with Randolph-Henry High School, the Charlotte County School Division or Charlotte County.

“The (FCA) is a student-led organization where students come together to strengthen their relationship with God. The students organized a morning of prayer were students, faculty and some community members joined together to pray for our nation, county and school system,” he said.

“I am always proud of students for their courage and conviction to exercise their faith,” she said. “I am also grateful for the dedicated staff and community members who support our students and stand with them. Randolph-Henry is truly a special place.”

According to the FCA, the organization focuses on two passions — faith and athletics. Chapters are located in 60 different countries.

“Since 1954, the (FCA) has been challenging coaches and athletes on the professional, college, high school, junior high and youth levels to use the powerful medium of athletics to impact the world for Jesus Christ. FCA focuses on serving local communities by equipping, empowering and encouraging people to make a difference for Christ,” notes the website.

The organization is built on several values, including integrity, serving, teamwork and excellence.

“With a new school year starting, it’s hard to tell how many members we will have because of new ninth graders,” said Barmoy. “We do not have any other events planned as of yet. The students will get together and plan those themselves.”