O Lord, revive Your work in the midst of the years!

I make that statement with the same fear and boldness that Habakkuk did in the seventh century. 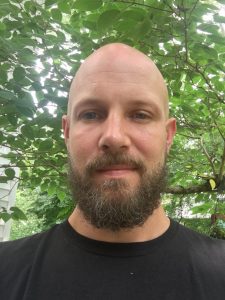 For context, the prophet Habakkuk, the eighth of 12 minor prophets, records a conversation with God about the violence, strife and contention found in his day. The book begins with his plea to Heaven for deliverance from the erosion of godly fear in his day. He looks at a nation he is called to speak to, and sees division among God’s people, and because of it the voice of wicked men drowned out the cries for justice.

God’s answer is plain — captivity is inevitable. The captivity of a divided and weakened people shall come and it will be brought on by the remnant of the nations who have remained from those who God had delivered to their hands, and yet the Israelites allowed them to remain.

Divided allegiance what was among them would now rule over them.

Let us learn the from this history lesson. God’s people divided are inevitably subject to being drowned out and overcome by the the loudest voices of the day.

In response to recent events, I will speak at this point specifically. There is no place for division by color, economic or sociological status among God’s people.

Maybe the greatest victory in the past hundred years won for justice and truth has been the civil rights movement — fought and won at the doors, pews and altars of the church. It was men and women of God who led the way standing for righteousness and justice.

The scripture is plain, “there is neither Jew nor Greek in Christ”, that “man was made in His image” all of mankind. God is no respecter of persons; the identifying and unifying overarching reality is that the only color God has ever been partial to is the crimson blood of his Son.

My challenge to the body of Christ is this: be unified, be engaged, be alive. Be Christ-like.

David Malcolm is pastor of King Street Church in Keysville. His email address is davidmalcom75@gmail.com

The Word — People are looking for good