Mason leads the way in Keysville 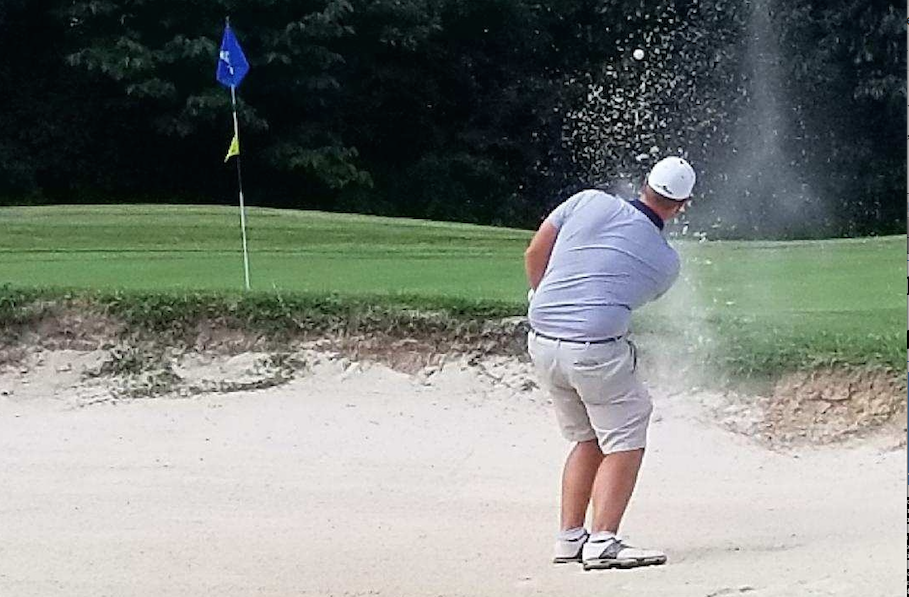 Evan Mason looks to hit the green. He set an individual Randolph-Henry High School record in Thursday’s match at Briery Country Club (BCC), and then he won the club championship at BCC for the first time Sunday.

Evan Mason recently had some phenomenal days on the golf course at Briery Country Club in Keysville, benefiting both himself as an individual golfer and the Randolph-Henry High School varsity golf team of which he is a part. 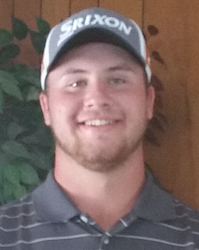 “I always wanted to have a personal record that I could call mine that was at Randolph-Henry,” Mason said. “I previously, the year before, shot 32, and that tied it.”

He noted that coming into this year, he really wanted to start off strong, and the first week of the season provided two golden opportunities.

“I knew I had two matches at home where I could do it,” he said. “And it just so happened that Thursday I really played well. Everything came together — I was hitting the great drives, great approach shots and I was making putts. And I just felt like I could have done more but didn’t have enough time, but it was a really fun round.”

The score of 31 is also his personal record, but the records did not stop there.

His performance helped the Statesmen produce a 3-under-par 141 score, which is a school team record.

“Those records came from hard work, determination, smart play, patience and the will to do their best,” Statesmen Head Coach Kelly Powell said.

Mason said it was quite fun to break the individual record, but “to see our team play that well, especially coming in this year with losing three of our top four from last year, it was really good seeing that our team this year could really pull off something like that. I think we were all really happy about it.”

In addition to Mason’s 31, the other Statesmen to contribute to the team score were Eli Moore, with a 36, Skylar Lacks, with a 36, and Logan Newcomb, with a 38.

Over the weekend, the 17-year-old Mason competed in the club championship at BCC and won it for the first time.

“It was really fun actually,” he said. “Last year I didn’t play so hot, and I knew I could do better.”

He estimated that he came in fifth or sixth, but he felt like he had a chance at winning this year after his Thursday performance.

“After Saturday, it wasn’t too good of a round,” he said, having shot a 74. “I got up early Sunday before the actual tournament began, before my tee time, and I spent about an hour on the range really working on things and getting my mindset right.”

When the round began, “I went up and birdied my first four out of five holes right off the bat and kind of stayed pretty steady from there,” he said, finishing with a 67 on the day, one stroke off of his record at BCC.

In their first action of the 2017 season Aug. 8, the Statesmen (5-0) hosted Central Lunenburg High School, Halifax County High School and William Campbell High School at BCC and won with a score of 158.