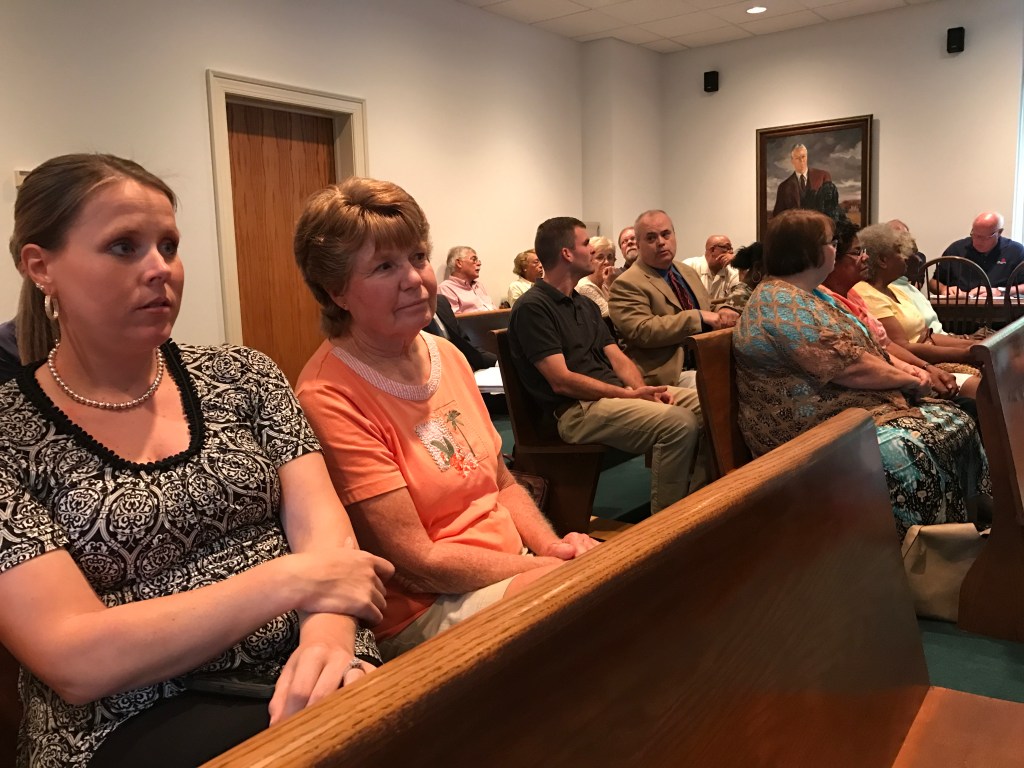 A large turnout gathered Monday night for a public hearing regarding a conditional use permit sought for a proposed Dollar General in Wylliesburg. Supervisors unanimously approved the permit for the facility.

Following a Monday joint public hearing between supervisors and planners in Charlotte County, the the county’s board of supervisors agreed Tuesday to unanimously  approve a conditional use permit for a proposed 9,100-square-foot Dollar General store in Wylliesburg.

The motion to grant the permit followed the hearing and the planning commission’s recommending that supervisors approve the permit request for the store.

Supervisors offered no comment on the permit during the hearing or meeting.

The proposed location for the new store is on three acres of property owned by Ronnie and Linda Howard on Hebron Church Road, near the intersection of Route 611 and U.S. Route 360.

The store could provide up to eight full-time jobs.

She said the store will contain about 7,343 square feet of retail space and will sit at an angle on the lot.

No one spoke during the hearing Monday.

Additionally, Elder said a new private septic and well would need to be installed.

“Par 5 is under contract to purchase this property to develop it as the site for a Dollar General. There’s a number of different benefits this site will provide the county,” said the firm’s attorney Kerry Hutcherson.

He said in addition to increasing the county’s commercial tax base, the proposed store will create jobs, provide convenience and will be in close proximity to the existing Tastee Freez.

Par 5’s Assistant Development Manager Zac Ivey said signage for the proposed Dollar General will be the same as that of the Dollar General that’s in Drakes Branch.

Ivey said one of the newest features Dollar General has is the implementation of a full-time maintenance team.

He said many times, new Dollar General stores will sometimes see a decline in the conditions of the store, including excess trash outside and flooded aisles.