Following a public hearing held by the Charlotte County Board of Supervisors on Monday, a conditional use permit for Holocene Clean Energy’s 15 megawatt solar farm planned for Drakes Branch was approved Tuesday. 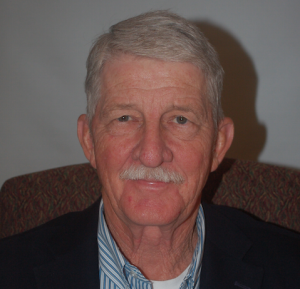 “We’re really excited about this,” said Holocene Clean Energy Chief Financial Officer Stan Allison during Tuesday’s board of supervisors’ meeting when the permit was granted approval by county supervisors.

He said the Drakes Branch Solar Farm is the company’s first project in Virginia.

County Seat Supervisor and Board Chairman Gary Walker said the county looked forward to working with Holocene in the future.

The proposed location of the facility is east of Drakes Branch near the intersection of Highway 59 and Ingleside Lane, according to the public notice for the hearing.

“I think that the county should require an audit of Holocene — if they have one — and also a copy of their corporate income taxes,” said resident Reed Charlton during Monday’s public hearing.

He said during the hearing that he had no input because the substation the proposed facility would be connected to was built almost in his yard and he received no notice regarding the substation, which was built years ago, according to Thompson.

“In fact, I had to talk to them because they claimed they bought the land at my yard and were going to build a station there,” said Thompson.

Walker said one of the reasons public hearings are held is so people don’t get in that same predicament nowadays.

“That was a few years ago,” Walker said regarding Thompson’s comments.

Eric Anderson, a resident of Teaneck, New Jersey, owns property adjacent to the proposed solar farm. Although Anderson was unable to attend the public hearing, a letter he wrote addressed to the board of supervisors said although he supports the project, he is not necessarily enthusiastic.

“I would prefer to see an existing forest remain a forest,” Anderson said in his letter. “When large tracts of timber are sold, what is almost always left behind is an eyesore that takes half a generation to correct on its own.”

Anderson said in his letter he would ask the board to bring up more complicated matters for public discussion when considering the project.

“The final reason that I find myself in favor of the project is that, while I am not currently a resident of Charlotte County, in a lot of ways my heart is still there. I grew up with the decline in textile and tobacco. It’s good to see something progressive happening in the county.”

A public hearing for the project was held by Charlotte County’s Planning Commision in June where only one person spoke.

During the commission meeting, Charlotte County Purchasing Agent and Planner Monica Elder said there has been a recent rise in the amount of solar applications across Southside Virginia though Charlotte County only had one pending.

“One of the reasons we’re seeing a lot of development here in Southside is the low cost of land, availability of large tracts near substations, the capacity of the power grids and also the decrease in the solar equipment cost,” Elder said.