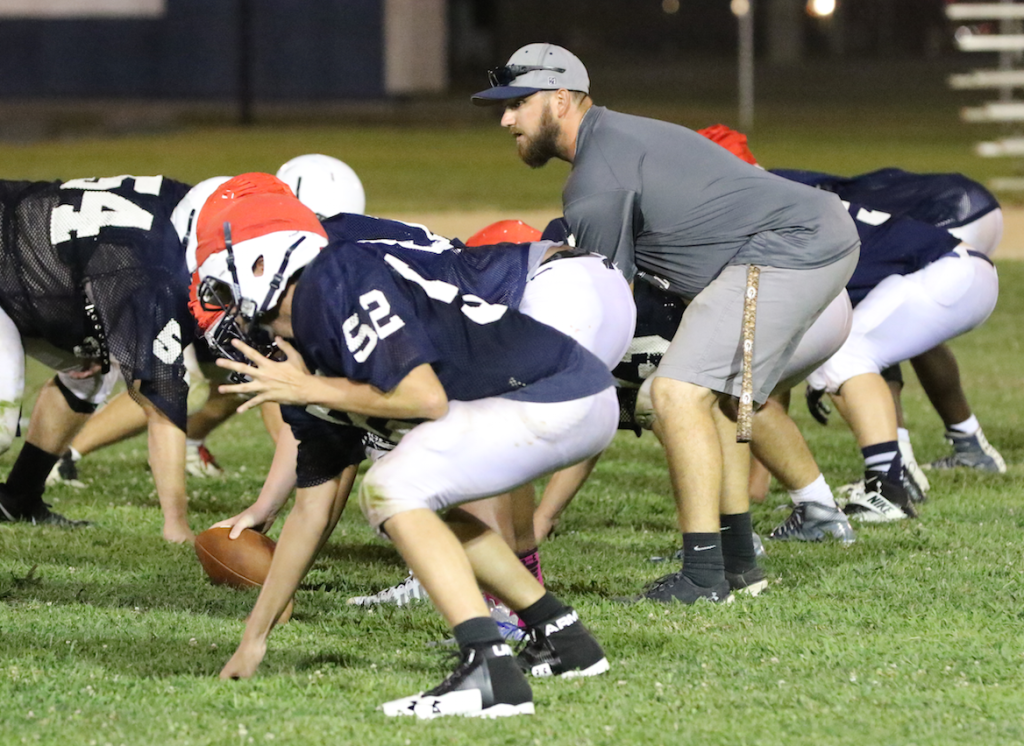 Randolph-Henry High School hosted its inaugural Pigskin Preview and Media Day on Friday evening at Bankston Field, giving parents, community members and media a sneak peek at the 2017 Statesmen varsity and junior varsity football teams. Those in attendance were able to see the teams perform drills, competitions and inter-squad scrimmages. Pictured above, new Head Varsity Football Coach Zach Orlando plays quarterback while working with his players on the field during the event.

With this event, Orlando said he was trying to do a couple of things.

He noted he was also trying to get his players acclimated to playing under the lights and in front of a crowd, providing more pressure than can be found in a regular practice.

The event could have also served as a wake-up call for some in terms of their conditioning, as Orlando said some players could realize “that maybe, ‘Hey, I ain’t all the way in shape that I think I am, and I might need to work a little bit harder.'”

The preview was also meant to prepare the Statesmen for their first scrimmage.

“But the main goal is just get people excited here about Charlotte County football, try to get some people out to the games and support these kids because they work really hard,” he said. “They’re a hardworking group. They do everything you ask them to do, and there’s not a whole lot of them, so it’s probably even a little bit harder on them than it is some other teams that got the numbers. There’s a whole lot of reps to go around here. We’re not a huge team, but we’re hoping to get there.”