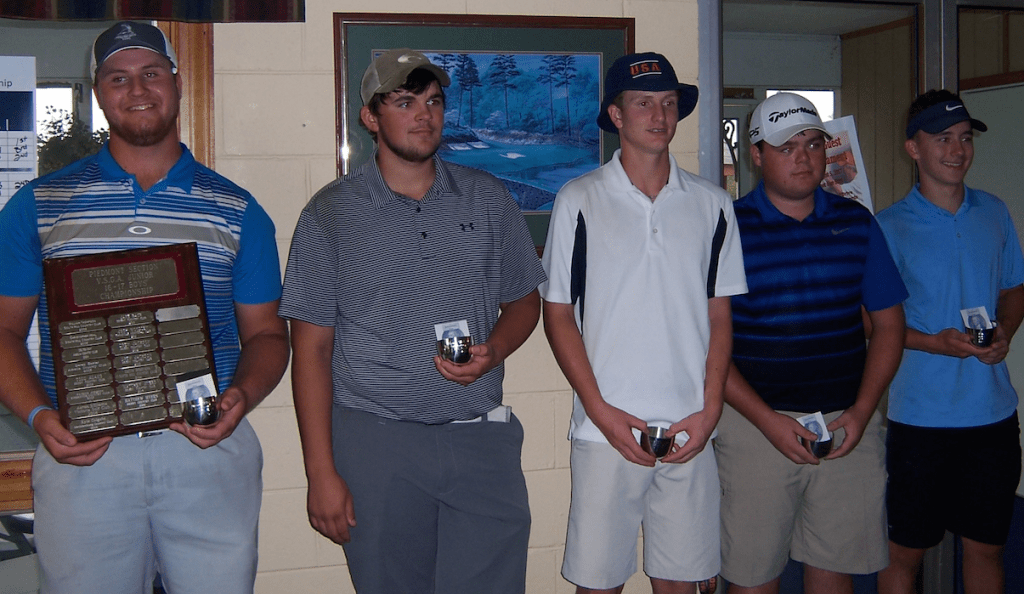 Evan Mason, far left, holds a plaque commemorating his win in the boys 16- and 17-year-old division of the Piedmont Junior Championship golf tournament on Thursday at Amelia Golf and Country Club. The others placing in the top five were, from left, Logan Newcomb (second), Skylar Lacks (third), Nathan Towery (fourth) and Sage Kallam (fifth). 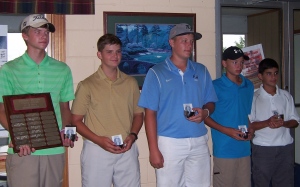 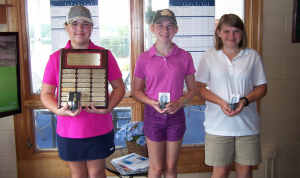 Mason said he felt good for the most part about his performance.

“Driver was off the tee box, so I couldn’t really get off the tee box too well, but (my) short game was really good,” he said. “I got up and down six straight holes on the back nine for par. Chipping and putting was (good). I couldn’t ask for any more from that.”

He said he logged two wins in Piedmont Junior golf tournament earlier this summer, including one in South Hill.

Next, he returns to Randolph-Henry for his senior season with high hopes.

“I hope to win state as a team, most definitely,” he said.

Towery was a winner of four Piedmont tournaments earlier this summer.

As for her win Thursday, she said, “I tried to play smart. I was able to drive and putt the ball pretty good.”

Her father helped get her into golf, which she started when she was 8. She began together with Mary Katelyn Hite, who won the girls 7- to 10-year-old division Thursday.

Towery is preparing now for the fall season at CMS.