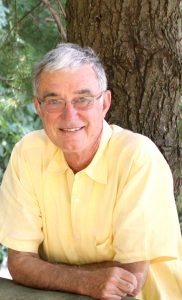 Gene Bishop Dixon, Jr. died on July 24, 2017 at his historic home, Chellowe, in Buckingham, Virginia surrounded by his loving family and caretakers following a brave battle with cancer.

He is predeceased by his vibrant wife, Barbara, of almost 50 years, and his father and mother, Gene B. Dixon Sr. and Mallie McKnight Dixon, as well as his sister, Jeanne Marie Dixon.

Mr. Dixon was born in Cullen, Virginia on February 26, 1943, graduated from Randolph-Henry High School in 1961 and attended Hampden-Sydney College before joining the United States Marine Corps in 1966.

After serving in the Marines, Mr. Dixon made a distinguished career for himself at Kyanite Mining Corporation, where he did every job from collecting the change out of the Coke machines to lighting the dynamite fuses by hand, to serving as President.  He ended his career as Chairman of The Disthene Group, Inc., the parent company of Kyanite, as well as The Cavalier Hotel in Virginia Beach and Blue Rock Resources.  Under his almost half century of leadership, the company grew several fold, developed markets for its product all over the world, and prospered while winning several state and national environmental awards.  Most tellingly, however, he was respected and beloved by the people he worked with over the decades.

Through his involvement with Kyanite, he became a committed member of the National Mining Congress, the American Ceramic Society, the Refractories Institute, the Virginia Port Authority, and embarked on a forty-four year relationship with The Bank of Charlotte County, serving as Director and Chairman of the Board.

Mr. Dixon also served, for over twenty years, as a Trustee of Hampden-Sydney College, and was on the Southside Community Hospital Board of Managers for thirty-three years.  His love of history, notably that of our founding years as a Republic, inspired him to devote himself to preserving Virginia landmarks as diverse as local slave cemeteries to the storied home of Patrick Henry at Red Hill.

Mr. Gene loved flying, and he was a skillful and accomplished pilot.  Instead of treating his office staff to a local luncheon for Secretaries Day, he would sometimes fly them to Tangier Island, or the Greenbrier, for an extra special “Thank You.”

His approach to life mirrored his passion for trailblazing and taking the path less travelled.  He could often be found in an upland field quail hunting with his faithful “boys” (Llelellin Setters) or knee deep in a mountain stream fly-fishing with his buddies.  But frequently, he simply could not be found, as he would just disappear into the woods . . . walking or riding in the wonderful outdoors which he loved so much.

A revered figure and known to many as “Mr. Gene,” he was a man of few words, but those spoken were meaningful and purposeful.  He was attuned to the needs of the community and generously supported many local charities and special interests. He will be sorely missed, but his legacy will live on.

The funeral will be at 2 p.m. on Saturday, July 29, at the family cemetery in Peaceful Valley followed by a celebration of his life for family and friends at Chellowe. Memorial contributions can be made to Patrick Henry Memorial Foundation (Red Hill), 1250 Red Hill Road, Brookneal, VA 24528 or the Hampden-Sydney College Library Special Collections Room, P.O. Box 637, Hampden Sydney, VA 23943. Puckett Funeral Home is serving the family. www.puckettfh.com