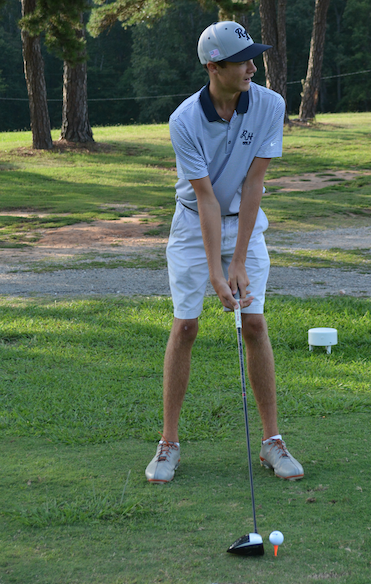 Eli Moore is one of the expected returning seniors to the Randolph-Henry varsity golf team this year.

Randolph-Henry High School’s varsity golf team will miss some of its seniors from last year’s squad who graduated, but some key returners are expected and high-level success in a new Virginia High School League (VHSL) alignment is expected as well.

Noting that most of them had a consistent presence in the team’s top six, Powell said, “Those four will truly be missed.”

Four seniors he hopes will make a difference this year include Evan Mason, Logan Newcomb, Eli Moore and Nathan Towery.

“Three of those were in the top six last year, but Logan has played in several matches the last two years, so hopefully we can lean on them to be our leaders this year and do well,” Powell said.

Powell noted that the VHSL is going back to four regions this year, with only one team from each region going to the state tournament.

“That means we’ve got to win our region,” he said.

The Statesmen will be part of Region A — Class 2, which will feature some familiar district foes, but also new opponents.

“I feel good about the region we’re in,” Powell said. “Hopefully we can get out of the region and make it back to the state, but that’s my goals anyway, our goals.”