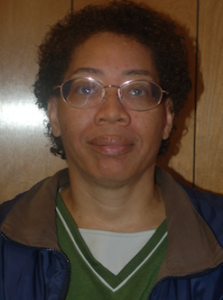 There have been numerous African-American female inventors who I knew nothing about. Maybe some of you had that same experience.

Let me introduce you to Sarah E. Goode.

Sarah Elisabeth Goode was born Sarah Jacobs in Toledo, Ohio in 1855 to Harriet and Oliver Jacobs.

Sarah was one of seven children born into slavery.

Her father was a carpenter and after the Civil War, ended relocated the family to Chicago, Illinois.

Eventually, Mrs. Goode met and married Archibald “Archie” Goode who was also a carpenter, like her father.

Archibald was from Wise County, and he and his wife had six children, but only three lived to adulthood.

One could guess that Sarah got her knowledge of carpentry and entrepreneurship experience from watching her father work and gained first-hand knowledge of the furniture business by working with her husband.

Furthermore, Sarah E. Goode developed the idea for her invention of a folding cabinet bed (somewhat akin to the Murphy bed) because of her customers’ needs.

These individuals had small apartments, which often did not have room to store things.

In addition, they had limited space for acquiring furniture. Mrs. Goode developed what was necessary to solve their predicament.

When folded up, the bed became a roll-top desk that had room to store writing supplies and stationery items. Sarah’s dream became a reality.

Moreover, on July 14, 1885, Sarah received a patent for this invention becoming one of the first African-American women in the U.S. to earn this distinction.

She is buried in Graceland Cemetery.

With her ingenuity and entrepreneur skill, Sarah fulfilled the needs of her community by providing a service that no one had ever done before.

America has never stopped being the ingenuous and innovative country that demonstrates our will and never-ending strength of faith.

Judy Moore is a tour guide at the Central High Museum. She lives in Wylliesburg and can be reached at ju.mo39@live.com.