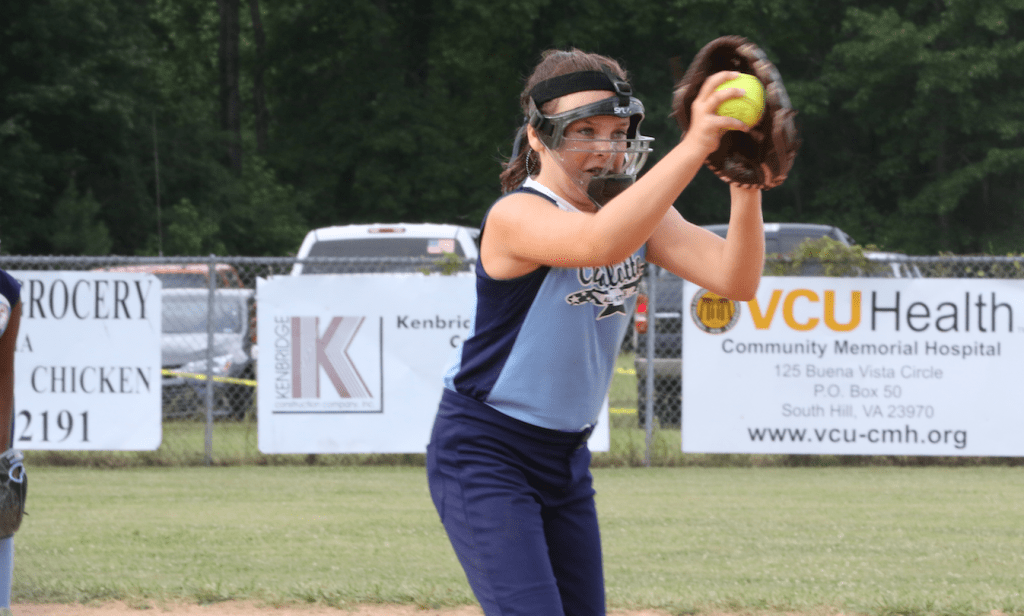 The season came to a close for the Charlotte County (CC) Angels All-Stars on Saturday with a 12-2 loss to Dinwiddie in the State Dixie Softball Angels X-Play All-Star Tournament in Kenbridge.

Charlotte County fell 6-1 to Powhatan on Friday, the first day of the double-elimination tourney, but the team’s 0-2 run at the state level could not overshadow a successful all-star season that included a district championship.

“You cannot take anything away from this team,” CC Angels Manager Billy Dixon said. “They worked hard to get this far, and everyone contributed to the team’s success this postseason. The future is bright for Charlotte County softball.”

Addressing Saturday’s game, he said, “Dinwiddie hit the ball well. We hit the ball much better than the game against Powhatan the day before, but Dinwiddie played good defensively, keeping us off the scoreboard.”

Dixon noted that seven of his players were able to put the ball in play, but Autumn Lamberth and Tori Dowdy were the only two that had a base hit.

“Mariah Johnson and Abby Clowdis scored the team’s two runs on walks in the third inning, but a pitching change by (Dinwiddie) halted the Charlotte County attempt to rally,” he said.

Despite a rough start against Powhatan on Friday, Charlotte County began to show strong defense as the game wore on.

Dixon acknowledged that his team was a little jittery at the beginning of the contest, but he ended up feeling positive about the girls’ performance.

“We gave up six runs there, and then the rest of the way, we didn’t give up any runs and couldn’t get the bats going, so managed to only get one ourselves,” he said. “But overall, I think we settled in good.”

Vivian Eason scored for Charlotte County and was driven in by Angel Ragland.

Before reaching the state tournament, the CC Angels went 3-1 in the double-elimination District 7 tournament held in Charlotte Court House earlier this summer to emerge as district champions.

“We’ve got a good group of girls,” Dixon said, speaking to the character of his team. “They’re enthusiastic. They work hard. They’re excellent teammates. They support one another, so we have really good chemistry on the team. We took three teams within the county and put them together for the all-star team, and they act like they’ve been playing together all year long, so it’s a great group.”