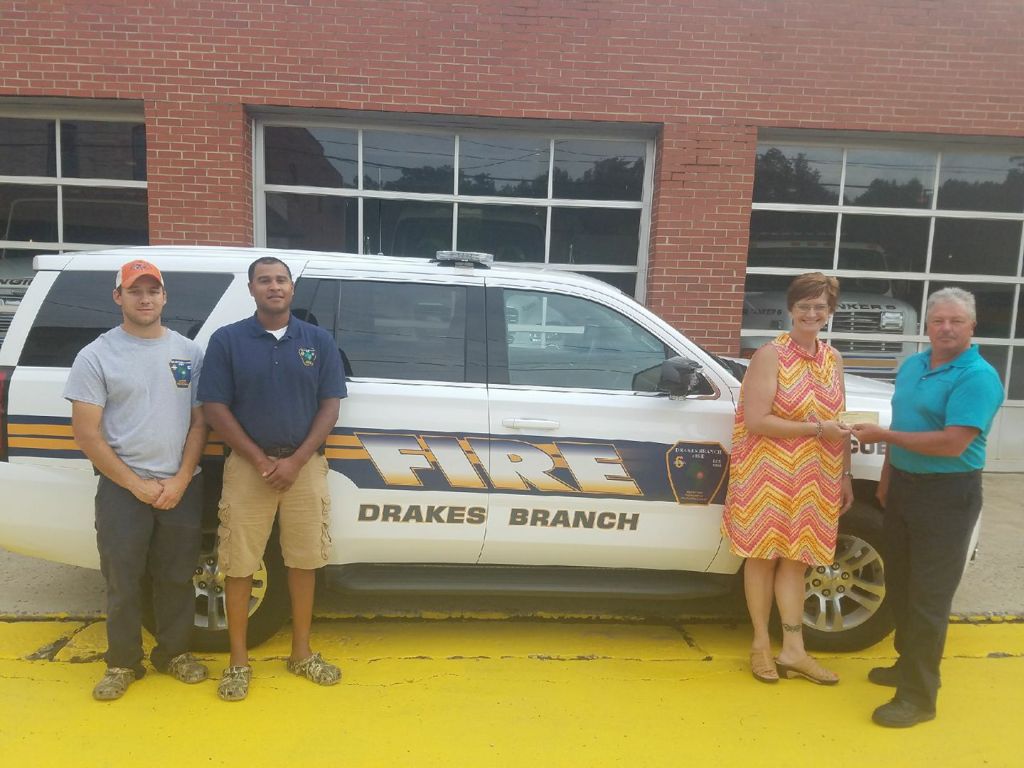 Drakes Branch Fire and Rescue received a $1,000 donation for emergency medical services (EMS) supplies Wednesday from Woodmen of the World.

According to EMS Captain Aileen Cassada, the donation will be used to help purchase Epipens, an epinephrine injection used in the case of life-threatening allergic emergencies.

“The donation from Woodmen of the World for the purchase of Epipens is so important,” Cassada said. “As a volunteer agency, we depend so much on donations like this.”

According to its website, Epipens work by constricting the blood vessels in order to increase blood pressure.

Additionally, the epinephrine “relaxes smooth muscles in the lungs to reduce wheezing and improve breathing, stimulates the heart through increased heart rate and works to reduce hives and swelling that may occur around the face and lips.”

“Although we may not use an Epipen frequently, when we have to administer it, it truly saves a life.”

Woodmen of the World is a fraternal benefit society operating not for profit.

“We are community involved,” said Woodmen Financial representative Robert Clowdis. “Woodmen are always there to help.”

He said the EMS crew in Drakes Branch had put out the word that they were in need of donations to aid with the replacement of Epipens. That’s when Woodmen decided to help the volunteer organization.

Woodmen was originally founded in 1890 in Omaha, Nebraska. In addition, the organization operates a private insurance company for its members.

Woodmen of the World is also responsible for redbasket.org, an online fundraising support platform which helps to drive fundraising projects across the nation.

“We are open to requests,” said Clowdis.

Drakes Branch Fire and Rescue is only one of two departments within the county that administers first response services, alongside Charlotte Court House.

“We can’t do our job without the collaboration of everyone else,” Cassada said in a previous interview regarding EMS providers across Charlotte County.