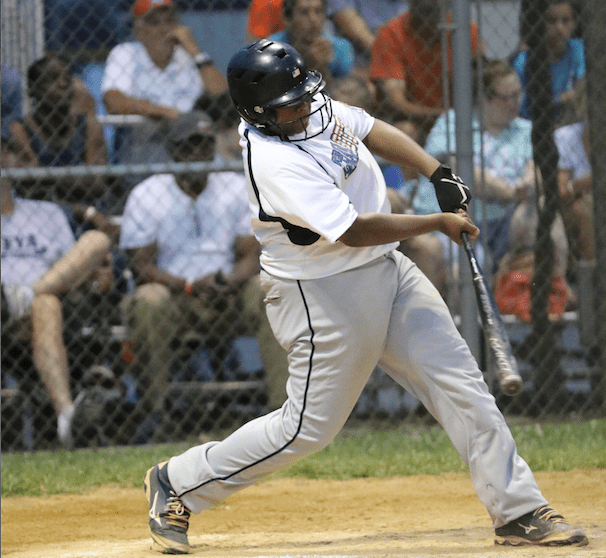 Charlotte County finished the 2017 all-star season with a 4-2 record.

“They had a lot of heart, and they played with heart,” Charlotte County Manager Gary Walker said of his players Thursday. “They gave it everything they had. They’re brokenhearted tonight, but they’ll get over it and be playing (for) the middle school next year and Randolph-Henry later on.”

Despite the loss, Tucker Webb and Cole Feinman produced some standout play on the mound, throwing seven and five strikeouts, respectively.

On offense, Jay Gee and Luke Skelton each contributed a home run, and Charlotte County held up well against a remarkable pitcher.

On Friday, Walker noted, “That kid was throwing the ball 70 miles an hour last night, and we scored six runs off of him. I can’t tell you how proud I was (of) our kids to go up there. They hadn’t seen any pitching like that all year.”

He also acknowledged the formidable challenge presented to his team by the Nationals’ offense.

In honor of two of Walker’s players from years past who died tragically in 2016, the Charlotte County Majors All-Stars had stitched on the side of their hats “C2 C1,” a tribute to Colton “Cotton” Osborne and Carter White.

Not long after graduating from Randolph-Henry, Osborne died in an all-terrain vehicle crash on Aug. 27. White was a junior at Randolph-Henry when he died in a hunting accident Dec. 2.

“So we put their initials on the hats like that, and we were kind of dedicating the tournament to those boys,” Walker said. “We didn’t win, but we represented them in a fashion that we think they would be proud of. … They both played for me in the all-stars, and they were good kids.”