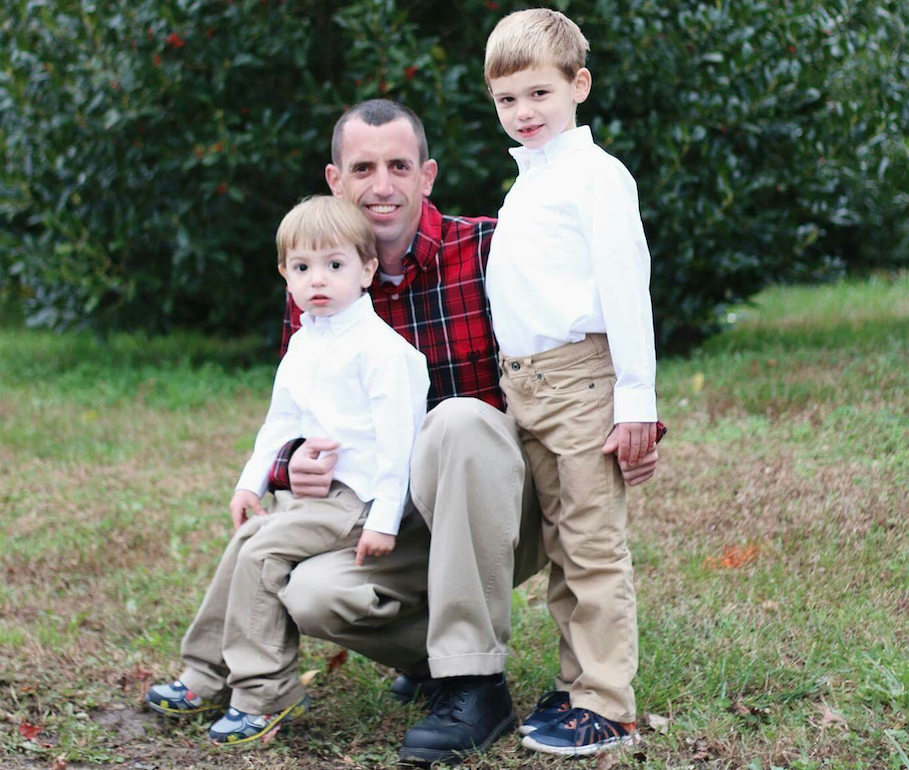 Justin Wilmer is pictured with his children Jordan, right, and Levi — both of whom were a very special part of his life.

Members of the fire and EMS community across Charlotte County and throughout the region are paying tribute and remembering Keysville Volunteer Fire Department member Justin Raymond Wilmer.

Wilmer, 33, died July 4, according to his obituary. He’s being remembered as a faithful member of the firefighting community.

“We, as (a) family, would like everyone to know how much we appreciate what everyone has done for the family and how much he loves his two sons, Jordan and Levi,” said Wilmer’s stepsister Jessica Manley. “You should always hold your loved ones close; you never know how much they hurt on the inside. You’re never promised tomorrow.”

She said Wilmer would give the shirt off of his back to help others.

“There are so many attributes that he bestowed that represent the brotherhood of the fire and EMS community,” said Drakes Branch EMS Captain Aileen Cassada. “Justin was that special person who never met a stranger, which made him an incredible firefighter. He was always willing to help anyone in need. His heart was larger than life. He will truly be missed by many. But, we are not saying goodbye, (rather), until we meet again.”

A large crowd of friends and firefighters gathered at Badeaux’s Cajun Kitchen in Keysville on Saturday to remember Wilmer.

Spike Zumbro spoke in honor of his friend. “So my buddy Kenny Berkley reached out to me and asked me if I could say a few words about his best friend Justin Wilmer … Our man Justin has gone to live in the mansion that the Lord has prepared for him,” Zumbro said. “And you know what? I’m OK with that.”

In addition to being a volunteer firefighter, Wilmer served as a member of the Army National Guard as a staff sergeant while working as a military mechanic in Blackstone.

According to his obituary, “Justin loved hunting, fishing and most importantly spending time with his sons, Jordan Henry Wilmer and Levi Robert Wilmer.”

Keysville Volunteer Fire Department member Patricia Gangloff Reamer said Wilmer was one of a kind and it won’t be the same without him.

She said Wilmer was typically at her house at least 2-3 times during the week. “He would do anything he could to help people and friends,” Reamer said. “He was my male best friend. If I was having a bad day, I knew I could call him or text him to talk.”

Reamer said Wilmer was close with her husband Tommy as well and, they were always outside in the yard working on something.

A funeral service was held Sunday at Browning Duffer Funeral Home in Keysville, followed by a reception at the Keysville Fire House.

Wilmer was laid to rest with military honors. He is survived by his parents David E. Wilmer and Ginger Marker Ward, according to the obituary.