Spreading the word of the Nook 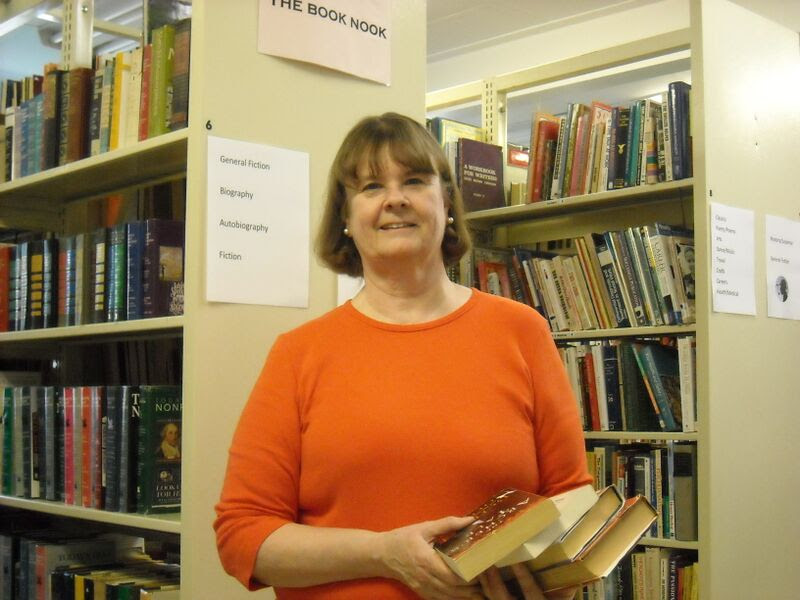 In a way, Joyce Nelson is the Charlotte Adult Learning Center’s own Johnny Appleseed.

“Just as he spread apple seeds across a portion of the country, Nelson is spreading reading material throughout the county, offering some of the children’s books from the center’s Nook to doctors’ offices and generally putting them anywhere she thinks they might be picked up and read,” according to a press release from the center.

It’s her effort to plant the seeds of enjoying reading.

“Recently, Nelson was hired as the center’s program manager. She replaces Jessica Moorefield, who left to do her student teaching as she pursues a teaching degree through Mary Baldwin College online. Moorefield has said she will continue to work with the center.”

“The Book Nook is among the Learning Center’s offerings, selling books cheap, and in other cases where children are concerned, just giving them away,” officials said in the release.

“If we get our hands on the ones the parents say, ‘Our kids have read these,’ I’m happy to make sure they get to somebody else,” Nelson said in the release. “The important thing is not to just sell them and make money to buy paper and ink cartridges for the learning center, it’s to put reading materials in the hands of people who may not buy (books).”

Donations to the library come from varied sources, including the public library, Longwood University, people’s book-of-the month holdings and estates, said Nelson. “That’s where you really get some interesting books,” she said.

The learning center was founded in October 1986 with the mission to help illiterate adults in Charlotte County learn to read. Since then, it has grown to include Southside Virginia Community College sponsored classes in pre-GED and GED, English as a second language, basic computer literacy, writing, money management, health literacy and public speaking.

A fundraising campaign for the center is underway, according to the release.

“Children’s books sold by the Nook cost a quarter. Hardcover books are listed at $2, and paperback book are just $1, but Nelson said those prices might be going down. Occasionally, bags of books are sold for $1.”

A volunteer with the center, Nelson is helping go through the Nook’s holdings, discarding the books that are too old, worn, contains dated material or were just never popular.

“Nelson is keen on promoting reading and administers a Facebook site, South of the James, to promote all things Southside Virginia including Lifelong Learning,” officials said in the release. “That includes the Nook’s books — tying in to events and holidays such as Valentine’s Day and Black History Month. In part, she said, her book promotion efforts are because the region’s needs are so urgent. Charlotte County’s illiteracy rate is appallingly high.”

“This part of the state has some problems,” she said. “I think most of Southside Virginia has a problem.”

Nelson said she is “happy to assist with the culling of materials because the space is needed,” and is quick to note she is not the only one involved. “Dorothea Price and Ann Pettus are hard at work too,” she said. “We take different days for this project.

“My expertise in culling, or weeding as it is sometimes referred to, is from 10 years as a public library branch manager. That experience also made me aware of where people’s interests lie in reading materials, in recognizing noteworthy authors and in recalling books that tended to not circulate.”

Nelson called the old book purge “ongoing,” noting that even after the first round, “Then maybe once a month you need to go through and do that.”

Nelson’s career path has been long and wide, according to the release. Nelson retired from the Buckingham County public library in 2015. Before she was a librarian, she was a teacher, teaching in the areas of French, German and history.

Though she lives in Prince Edward, her volunteer efforts include manning the Keysville branch of the public library the first Saturday of each month and working at a food pantry those Saturdays.