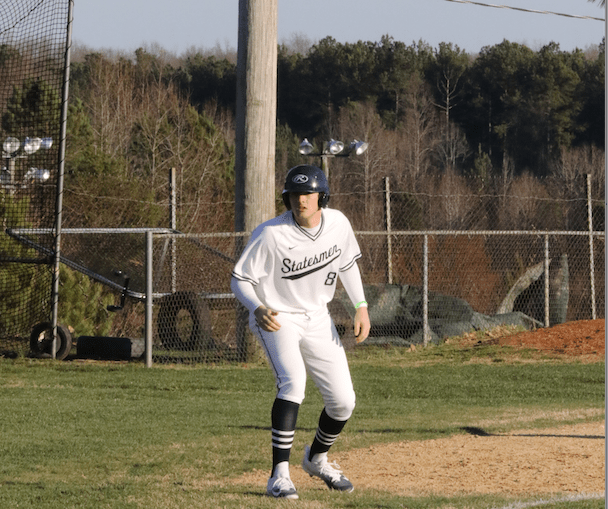 “It was a great experience,” said Jones, a recent graduate of Randolph-Henry. “It was pretty cool to get to play with some of the best players in the state of Virginia, so it was a neat experience playing against such good competition and everything. It was a lot of fun.”

He is the only member of the Statesmen to have played on the varsity team for the past four years, helping them go 75-17 during that time.

He finished the 2017 season with a .478 batting average, 33 hits, including two home runs, 22 RBIs, 28 runs scored and 13 stolen bases, and he lived up to the hype those numbers can generate by being the principal standout in an all-star field that included the best players from teams across all six Virginia High School League classifications — 1A through 6A.

Jones estimated that his all-star team won the high-scoring game by about 10 runs.

To be named MVP among the all-stars, “It felt awesome,” he said. “It was great, and also it’s pretty cool, because a couple years ago, my brother played in the game. He got MVP of the game, too, so that was pretty cool.”

Jones’ brother, Eric Jones, was on hand for the game, which took place June 26, and he was excited to see Josh excel.

“It’s awesome, and I think there’s been a lot of guys from Randolph-Henry that played in the all-star game and won the MVP, so I think it’s pretty cool that we could do that for Randolph-Henry,” Eric said. “And for the Jones name, I think it’s a credit to our dad, how he raised us and the work ethic that he put on us, taught us. So definitely, it’s an awesome experience.”

Josh Jones will be playing for JMU next season, and he noted that the JMU coaches were on hand for the all-star game. He has already begun training for the Dukes.

“I actually have a summer workout program I’m doing right now,” he said.