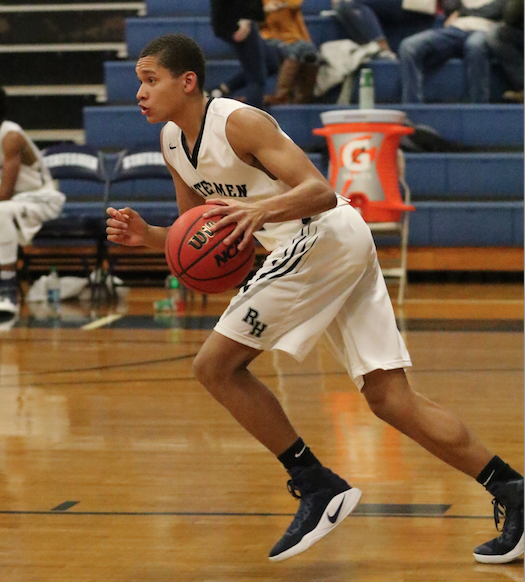 Randolph-Henry High School’s varsity boys basketball team showed the 2017-18 season could be an exciting one after it delivered an outstanding performance during a recent team camp hosted by Altavista High School.

The Statesmen went 5-1 during the camp, losing only to Jefferson Forest High School, a Group 4A school.

“We did (the camp) last year, and I’d done it years ago when I coached the team,” Statesmen Head Coach James Graves said, “and it’s just kind of good to get together and have the kids play other teams — it’s no pressure on you.”

R-H beat Buckingham’s No. 1 team by two after being down by six at halftime.

Against William Campbell, the Statesmen won by 11.

Playing Buckingham’s No. 2 team, they won by more than 20 points.

Of a 30-point Statesmen victory over Altavista, Graves said, “I don’t know that we could play any better.”

He also praised rising seniors Tremaine Pugh and Nasheim Pettus for taking on leadership roles in a win over Staunton River.