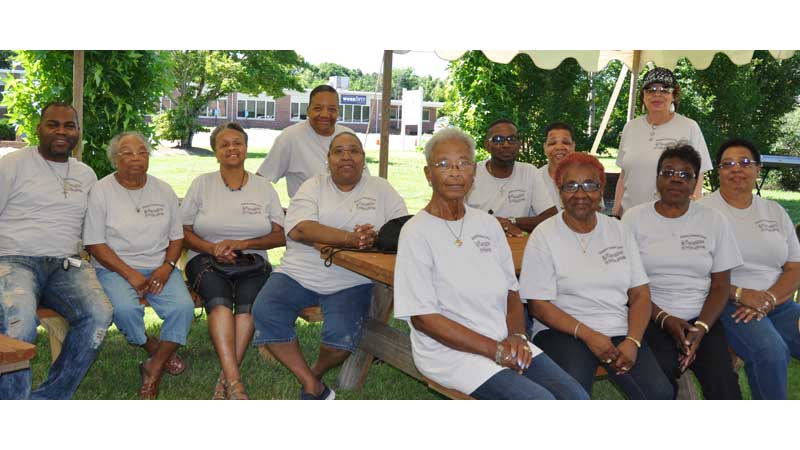 The past and future impacts of African Americans in Charlotte County was celebrated during Central High Museum’s second annual celebration Saturday.

Motorcycles were on display by the Buffalo Soldiers Motorcycle Club of Southside Virginia, in addition to a car show across the street at Central Middle School.

The second annual celebration offered the community the chance to tour the museum, located on 401 Thomas Jefferson Highway in Charlotte Court House, adjacent to the former Central High School, which enrolled students from 1939-1969 and later became the consolidated middle school. The building currently serves as an early learning center.

The keynote speaker during the event was the Rev. Dr. Maurice Finney.

Finney helped work to establish the Moton Museum in Farmville — the site of a 1951 student-led protest by 16-year-old Barbara Rose Johns, who protested the inequality of schools for African Americans in Prince Edward County.

Finney commended Charlotte County for creating the museum and preserving the legacy of African-American members of the community.

Finney evoked questions posed when Dr. Martin Luther King Jr. gave his “I have a Dream Speech” in August 1963 about racial and socioeconomic equality and prevalent and hidden inequalities.

“America was faced with a series of perplexing questions: What do we do about a black man and his dreams? What do you do with a black man who dares to articulate his dream and aspirations?” Finney said. “What kind of responses do you make to him, his dreams, as he preserves the past for future generations? Without the importance of the past, there would be no tomorrow.”

“Therefore, it is imperative here today at this annual day program that we continue to work toward better cooperation among all people. We must become dreamers, and prepare our future generations to become dreamers as well. To prepare, we strive toward greater levels of accomplishment through education, jobs and ownership of property,” Finney said.

Following the keynote, Central High Museum President Hetzeine Foster encouraged the audience to volunteer and donate to the museum.

Judy Moore, one of the museum’s organizers and volunteers, said items donated to the museum not only uncover the past but the history of many families in the county, including her own.

Moore described a donation made in the past year by a retired teacher that included certificates, photos and records from Bacon District Elementary School in Charlotte County, where Moore attended as a student.

She found photos of the school’s principal at the time and a certificate of when she won a past spelling bee.

Moore said last summer she sat down and combed through all of the records, allowing her to look back on her childhood, highlighting the teachers’ service to their students.

“It brought back memories for me being educated at that school,” Moore said. “That was important to have former teachers in the community.”

The museum was established by members in the community, who noticed a lack of resources detailing African-American history and contributions to the county, and worked to create a venue to preserve the county’s history.