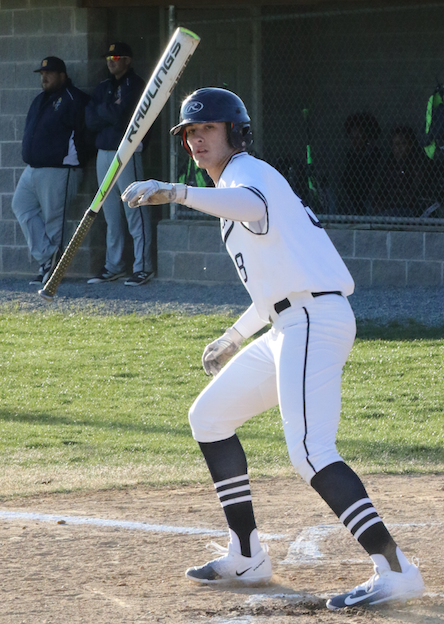 Randolph-Henry senior shortstop Josh Jones heads to first base after being walked.

A trio of Randolph-Henry High School student-athletes have been selected by the Virginia High School Coaches Association (VHSCA) as all-stars and are slated to play in all-star games later this summer.

The process that led to these honors for the players began with their coaches.

“Any coach that is a member of the coaches association can nominate up to two players from their squads,” Statesmen Head Varsity Baseball Coach J.R. Allen said.

For the baseball all-star game, Allen said there will be three coaches for each team, staffs typically comprised of those who had state-level success the year prior. He said each staff selected their respective all-star team in early May from players across all six Virginia High School League classifications.

Allen was pleased to see Jones make the cut.

“I thought it was a good honor for him,” Allen said. ”He has worked hard for the last four years to get to this status, so I thought that he was well-deserving, and obviously the coaches that selected him thought the same thing because he was the first guy selected for the East team.”

He said it was awesome to be selected as an all-star.

“It’s actually at the college that I’m attending, so that’s even cooler that I’ll get to play on the field that I’ll be playing on for the next four years at James Madison,” he said.

At JMU, he will be joining former Statesmen teammate Cameron Vassar, who recently finished his first season with the Dukes.

“I actually went to both of their games, and there was a lot of good competition,” Josh Jones said. “So, hopefully it will be the same this year. It’ll be a lot of fun to play against some of the best players in the state.”

He will actually bring some of his own experience playing in an all-star-type event after competing in the 2016 Virginia Commonwealth Games at Liberty University.

Shay is in his third year at Randolph-Henry, and he said prior to this year, he has had only one other soccer nomination that was accepted, and it was as an alternate.

“But this is the first time I’ve had two people from the school to be accepted,” he said, noting the recognition is a big deal.

Explaining why he nominated Maloney and Walker, Shay said, “Both guys have a great understanding of the game and can see plays developing. They also have good communication with their teammates.”

Maloney set a school record with 23 goals for the 2017 season, and he was also a facilitator, recording 14 assists.

“It meant a lot to me,” Maloney said of his all-star selection. “I was pretty happy that Coach Shay put it out there for me and got me into it and nominated.”

Walker registered 162 saves as a goalkeeper and helped the Statesmen achieve four shutout wins this year. He also managed to put some time in on offense, scoring a goal and handing out an assist.

“It was very humbling,” Walker said of the all-star accolade. “I was honored to be selected. I definitely wasn’t expecting it, but I was very happy and excited when coach told me that I made the team.” 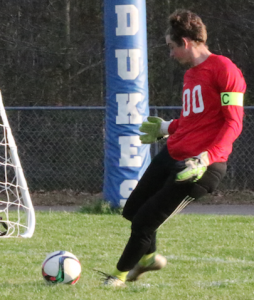 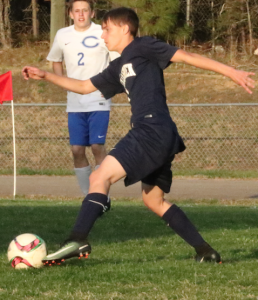