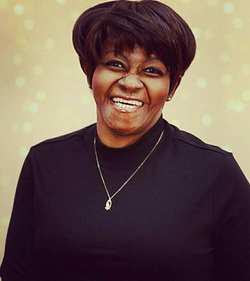 Juliette Marie Williams, age 53, of Keysville, died on Thursday, May 27, 2017 in Richmond. She was the daughter of the Mildred Lee Watts and the late Joe Louis Williams.

In addition to her father, she was preceded in death by three brothers, Robert Williams, James Williams, and Carl Williams.

Funeral services were held at 1:00 p.m., Saturday, June 10, 2017 at the Bluestone Harmony Center in Keysville with interment in the St. Luke Church of God in Christ Cemetery in Keysville.

Condolences may be expressed at www.JeffressFuneralHome.com