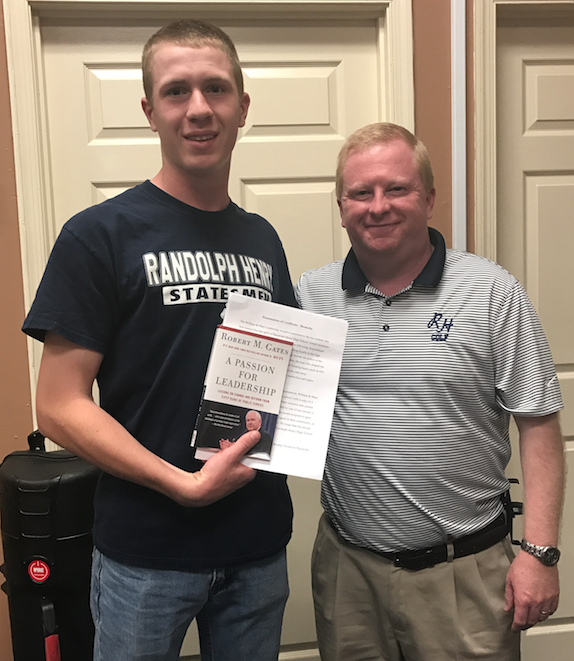 According to a press release, the William and Mary Leadership Award is presented to the one student who best exemplifies the spirit of Randolph-Henry High School.

“Award recipients are selected because of their demonstration of … inspirational leadership, outstanding scholarship and unwavering loyalty to the high school and community.”

“Graduates of the college include the author of the Declaration of Independence, three U.S. presidents, the man who shaped the federal justice system, the youngest Super Bowl winning head coach in NFL history, one of America’s foremost political satirists and more,” according to the release.

“William and Mary has set the tone for both leadership and higher education since its founding in 1693.”

“In addition to receiving this certificate and commendation, William and Mary honors all award recipients from each high school with a copy of ‘A Passion for Leadership,’ written by William and Mary alumnus and current Chancellor Robert Gates, Class of 1965.”

“Authored by one of our country’s most prominent leaders, this book will enable the award recipient to gain additional insight into how to serve as a change agent in their community, as well as reflect on their own leadership practices.”