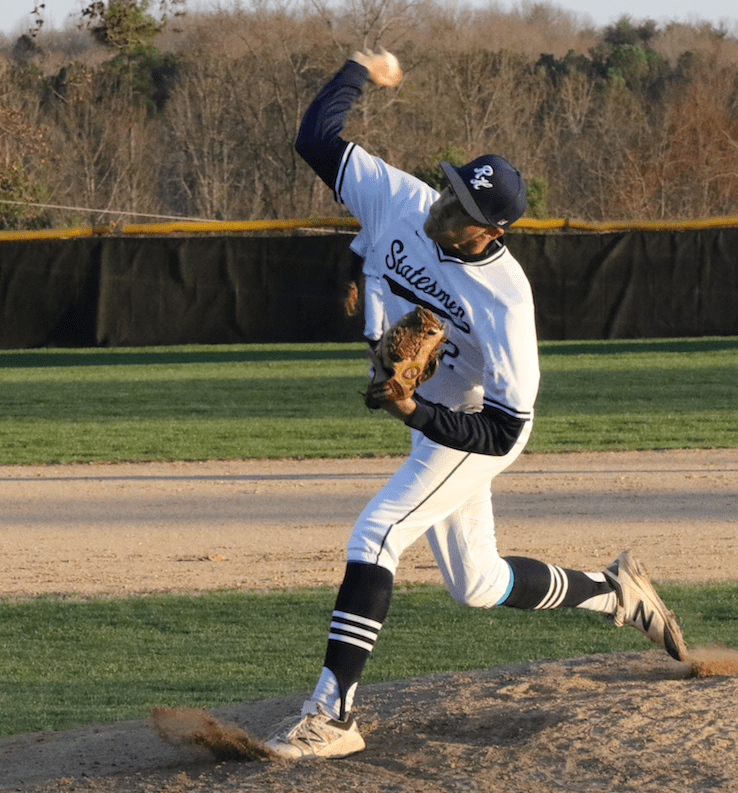 The 2016 season ended for the Statesmen in the Region 2A West semifinals, leaving them with an overall record of 20-3.

The 2017 Statesmen (20-2) are looking to avoid that ending this year as they visit Madison County High School in the Region 2A East semifinals Wednesday at 7 p.m.

Randolph-Henry advanced to the semifinals with a 2-0 home win over Washington  & Lee High School on Monday evening.

“We played well,” Statesmen Head Coach J.R. Allen said. “Obviously we didn’t put up a whole lot of runs, but we got a great (complete-game) performance on the mound from Raleigh Duffer.”

Due to inclement weather causing postponements, there was no time to play the conference tournament championship game. The game’s participants if it had happened — No. 1 Randolph-Henry and No. 3 Goochland High School — simply advanced to Monday’s regional quarterfinals, with the higher seed playing at home.

In the victory over No. 4 Greensville, Strickland hit a grand slam, one of his two hits on the day. Jones also had two hits.