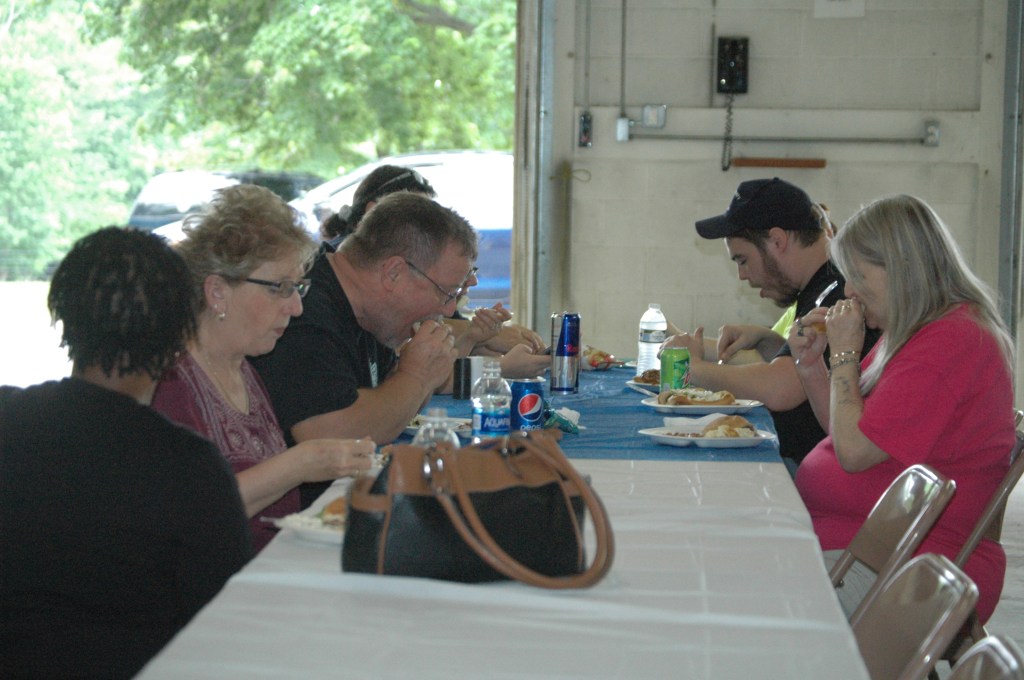 Emergency Medical Services (EMS) personnel with the Charlotte County Volunteer Rescue Squad (CCVRS) gathered at their station Sunday to celebrate EMS Appreciation Week and to host a communitywide event offering food, fun and a chance to learn more about what EMS stations provide for the county.

CCVRS Captain Bill Mayhew said that the event coincides with the national observance of EMS Appreciation Week from May 21-27.

He said the event is “a small token to say thank you (to the EMS members) for what they do.”

He also said that the squad was cooking extra burgers and hot dogs to take to the county’s dispatch center.

The CCVRS provided a bouncy house, free food and cotton candy donated by Hall’s Landscape in Charlotte Court House, free blood pressure checks and a chance to ride and take a peek inside of an ambulance on site.

During the event, personnel cited that a rescue call to help a patient set preparations for the event back a bit. Another rescue call that afternoon resulted in a few volunteers leaving to assist a second patient.

CCVRS President Phillip Staten said the event is both a way to bring awareness of the rescue squad to the larger Charlotte County area and to provide a fun afternoon for participants.

“As a group, we decided to (hold) our event today to show the community what we are all about,” Staten said.

Squad member Ken Smith said he and two other volunteers are working in Lynchburg to receive additional certification in Basic Life Support (BLS). The funds for their certification, Smith said, come from the pockets of the rescue squad.

“We’re all doing that for the good of the community,” Smith said. “We got together and said ‘we need to do this.’”

An Annual Fund Drive that began May 1 is set to raise funds to support the squad’s operations.

Smith said the training is well worth the work, describing his and other members’ experience level, describing an ambulance as “essentially an (emergency room) going 80 miles an hour with half of the people.”

Being a former EMS provider, she said she wanted to visit the squad and support its personnel.

“I know the challenges the squad are facing and wondered if I could come down and do something to help,” Bouldin said.

King’s legacy to be honored at Red Hill