Students to get free broadband 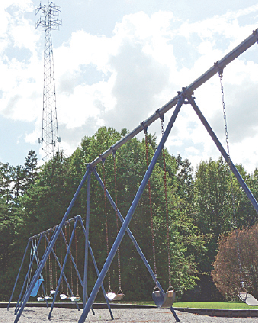 The Mid-Atlantic Broadband Communities Corp. (MBC) and Microsoft Corp. announced Tuesday the launch of an innovative Homework Network to deliver broadband wi-fi internet access at homes to thousands of students in Charlotte and Halifax at no cost to their families.

According to a press release regarding the project, in the two counties, about 50 percent of students currently lack broadband access at home.

“Yet today, nearly seven in 10 teachers across the United States assign homework and research requiring broadband access,” officials said in the release. “The ‘homework gap’ is an urgent local and national problem.”

“We’re obviously excited to have that available for our students,” said Charlotte County Public Schools Technology Director Rodney Hudson regarding the announcement.

The release cited an estimated five million households with school-age children in the U.S. are at a significant disadvantage due to limited or nonexistent broadband connectivity.

“These students are often unable to access the tools they need to succeed in school and to develop the skills they need to enter today’s workforce,” officials said in the release. “This creates an uneven playing field for future educational and economic prospects.”

According to the release, Microsoft and MBC are activating the largest Homework Network in the U.S. — starting in Charlotte and Halifax counties — with support from the Virginia Tobacco Region Revitalization Commission.

“The network has been successfully piloted in 100 households across both counties, and will reach more than 3,000 students in 1,000 homes by the end of 2017,” officials said in the release. “Students will have free access to their schools’ online networks where assignments and education resources are posted, extending their learning time beyond the school day.”

“Rural Southern Virginia is now home to a highly innovative solution, which can serve as a model for other parts of the state and the U.S. and even around the world, to help young people succeed in school,” Ruff said. “We are proud to help support and fund such an important project starting here in Charlotte and Halifax counties.”

“Closing the homework gap is critical for improving the odds of student success,” Deriso said. “We are delighted to partner with Microsoft and others on such a groundbreaking initiative that, at the end of the day, connects young people to required educational resources and strengthens our local communities. Ultimately we believe such initiatives enhance competitiveness for economic development in Southern Virginia.”

The release cited that the Homework Network in Virginia is made possible by an innovative broadband technology, which Microsoft helped pioneer, that makes use of unused low-band spectrum often referred to as TV white space.

“Leveraging this technology, the network wirelessly extends existing broadband from local schools to students’ homes,” officials said in the release. “Using TV white space equipment from U.S.-based Adaptrum, internet access is delivered via base stations installed on towers at or near fiber-connected schools and client radios installed at students’ homes.”

According to the release, TV white space technology is ideal for delivering broadband service to areas such as rural Southern Virginia, as it can cover large geographical range seven in the hilly terrain and dense tree cover of the region.

“The network is being installed by local internet service provider B2X Online. Microsoft has driven the development and adoption of TV white space technology as part of its Affordable Access Initiative,” officials said in the release.