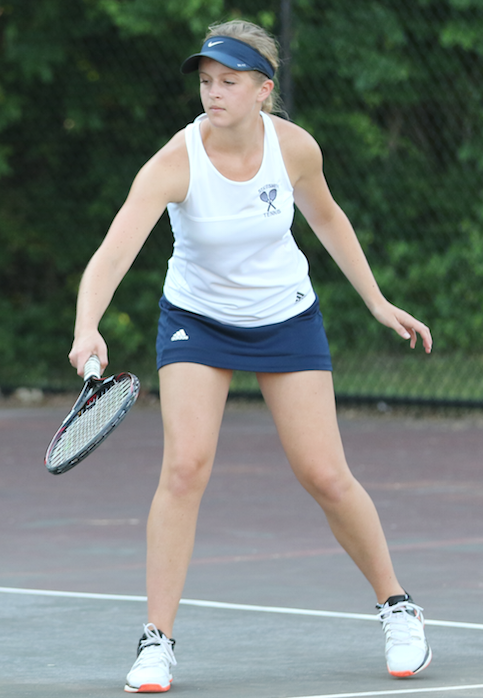 Randolph-Henry High School’s varsity girls tennis team clinched its fourth conference championship in a row by winning 6-1 against Goochland High School on May 16.

“It was very satisfying,” Lady Statesmen Head Coach Lindsay Webb said. “They have worked hard, and they deserve it. They’ve put in a lot of effort in the offseason. My team plays year around. We have a quote that one of our coaches shared with us that says, ‘You earn your trophies at practice, you pick them up at championships.’”

From 2014-16, the Lady Statesmen won the Courthouse Conference 37 title, and this year, they claimed the Quad Rivers Conference 34 title following the school’s move to a new region.

“We set a goal to do that at the beginning of the year, so it’s really satisfying to know that we did that,” said team’s No. 1 singles player Meredith Feinman. “I’m really proud to be a part of that team, and I can’t wait to see how far we go.”

Feinman and Webb also won in No. 1 doubles play.

Lady Statesmen Assistant Coach Murrie Bates said experience on the team varies, but “they all worked hard, they all pulled together as a team, and it was a great victory for the whole team to win that thing … It was really sweet.”

On May 17, Feinman won the conference singles tournament after she and Webb advanced to the final to face each other.

They both played in the Region 2A East singles tournament Tuesday in Fishersville.