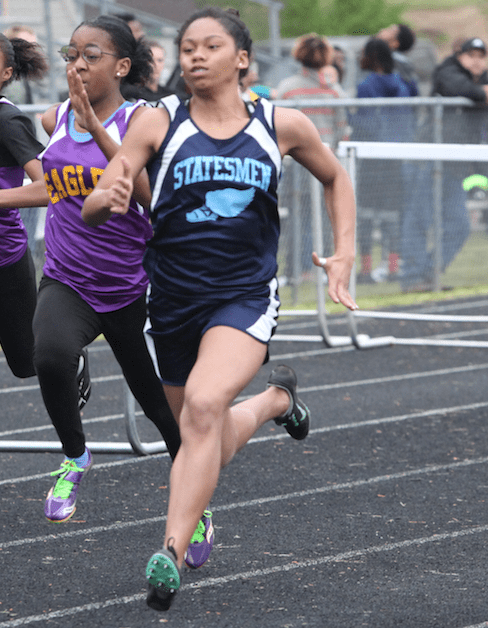 “She was the No. 1 seed, so we expected her to win,” R-H Head Track and Field Coach Joe Freeland said.

“We were happy to have five athletes in the meet,” Freeland said.

Eighth place in the 800 belonged to Sandridge, who finished with a time of two minutes, 15.84 seconds.

Reflecting on track highlights this season, Freeland said, “Two students ran for the first time. Joey Hengeli competed in seven different events during the season, while John Chaney threw shot and discus and improved throughout season.”

Pettus, Hengeli, Sandridge and Barker advanced to the Quad Rivers Conference 34 Championships set for Thursday at 11 a.m. in Nottoway.