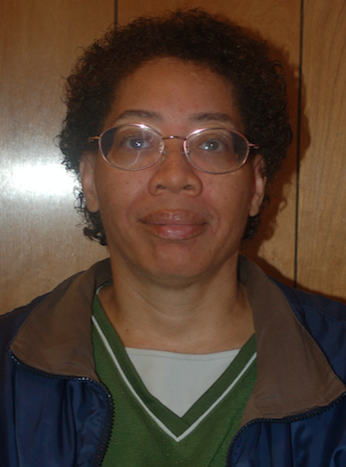 Activists empower members of a community to better themselves by inspiring others to make changes to help all people. Great strides have been made by African-American women in that regard.

Marjorie Joyner was instrumental in helping to form the National Council of Negro Women. In the 1940s she was an advisor to the Democratic National Committee. In addition, she advised several New Deal agencies that attempted to reach out to African-American women. These were programs sponsored by President Franklin D. Roosevelt that assisted the poor and unemployed following the Great Depression.

Joyner was highly visible as the head of the Chicago Defender Charity Network. Also, she organized fundraisers for various schools in Chicago.

Lyda D. Newman, like Joyner, was a women’s rights activist receiving newspaper coverage in 1915 for her work.

She was one of the organizers of an African-American branch of the Women’s Suffrage Party which fought to secure women the right to vote. In her New York neighborhood, Newman went door to door informing African-American women about the cause and set up meetings. White suffragists in the organization worked with Newman’s group to make the goal a reality for all New York women.

Madame C.J. Walker joined the NAACP after the East St. Louis Riot to assist in their efforts to make lynching a federal crime. Maggie Lena Walker was involved in the National Urban League and was cofounder of the Richmond NAACP. Ida B. Wells utilized her writing and speaking skills to bring to light injustices facing black people. In 1884 while riding the train, a conductor tried to force Wells to sit in a smoking car even though she had paid for a first class ticket. She sued the Chesapeake and Ohio Railroad Company and was awarded $500, but later it was overturned.

In 1885, Wells wrote an article in her church’s paper titled “The Living Way,” under the name “Lola,” describing her experience. Wells continued to write essays and black newspapers around the U.S. published her work.

Wells, a teacher, quit her job and began writing full time in 1889 becoming editor and part owner of The Free Speech and Headlight newspaper in Memphis, Tennessee.

After three of her friends who owned The People’s Grocery Store were lynched, Wells wrote her first pamphlet called “Southern Horrors: Lynch Law in all its phases,” encouraging African Americans to boycott businesses and streetcar lines or leave town.

In 1893, she was forced to move her newspaper office to Chicago after it was destroyed by a mob who threatened to lynch her. While there, Wells wrote for The New York Age paper. Wells gave numerous lectures about lynching, even traveling to Great Britain and Scotland. Subsequently, in that same year, she published a book about lynching entitled “The Red Record.”

Moreover, Wells was a women’s suffragist, and working with a friend fellow suffragist Susan B. Anthony, believed the movement was critical to political involvement for African-American women. In 1913, Wells created the Alpha Suffrage Club, which was the first voting organization for black women in Illinois. During President Woodrow Wilson’s inauguration that same year, Ida and 5,000 other women marched for the right to vote, and when asked by white suffragists to march in a separate colored section, refused to do so. In 1920, after many years of perseverance and hard work, women finally won the right to vote with the 19th amendment. Also, in that year, Wells ran for the Illinois state legislature because she believed representatives were not doing enough for the citizens. Although she lost, Wells made her voice heard by speaking up for her beliefs and letting her pen do the talking as well.

All of these women, through their empowerment, promoted a spirit of freedom, safety and justice for all. Activism will do all of these things it and when we sincerely put it into action.

Judy Moore is a tour guide at the Central High Museum. Her email address is ju.mo39@live.com.