A doubles three-peat for Feinman, Webb 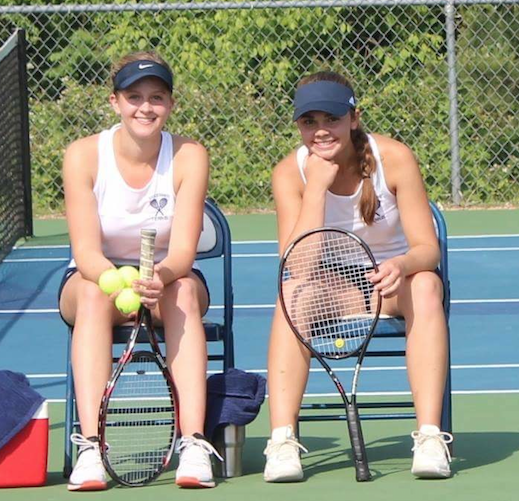 Seniors Meredith Feinman, left, and Couper Webb have been a dynamic duo on the court for Randolph-Henry and proved it again Monday.

It is a different conference, but the same story for Randolph-Henry High School seniors Meredith Feinman and Couper Webb.

Randolph-Henry switched conferences and regions after the 2015-16 school year.

“Webb and Feinman settled into a very smooth rhythm as a result of practicing and playing together for 10 years,” Lady Statesmen Coach Shannon Feinman said. “They had very few unforced errors and executed the patterns and shot selections taught to them by Coach Murrie Bates.  They played like the Quad Rivers Doubles Team of the Year that they are.”

R-H’s No. 2 seed, the team of Helen Lin and Eliza Walker, advanced to the second round and lost to Goochland’s No. 2 seed.

As a team, R-H beat visiting Greensville County High School 7-0 on May 10 in the Quad Rivers Conference 34 semifinals and vied for the team title against Goochland on Tuesday.