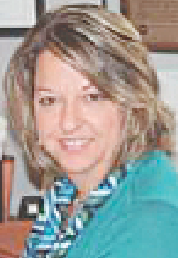 “She has resigned, that’s correct,” Prince Edward’s Buffalo District Supervisor C.R. “Bob” Timmons Jr. — who serves as treasurer of the CRC — told The Gazette on Friday.

The council, during its June 12, 2014 meeting, voted unanimously to change Hickman’s title from acting president and CEO, a position she’d held since 2009 when former president and CEO Danny Fore departed.

“She just felt that it was time that she moved on,” Timmons said on Friday.

“There is not an interim director,” he said. “Our next board meeting is on the 17th. At that point in time we’ll figure out what we’re going to do and start with the advertising and post the job and whatever else we have to do.”

“Sort of,” Timmons responded when asked if the resignation was expected. “We’ve had some discussion with Mary and, you know, we sort of expected it. This is her decision.”

In 1990, Hickman joined the Piedmont Planning District Commission as an economic development planner. In 2004, she was named the commission’s interim director, and in 2006, served in the same capacity for the CRC, following the organization’s transition.

When The Gazette requested a copy of Hickman’s resignation letter, Melody Foster, a regional planner with the CRC, said the council wouldn’t release the document, citing an exemption in the state’s Freedom of Information Act pertaining to personnel.

Charlotte County is a member of the council.

Buckingham County Supervisor Morgan Dunnavant, who sits on the CRC, announced during the a board of supervisors’ meeting Monday that Foster was handling the day-to-day operations of the CRC.