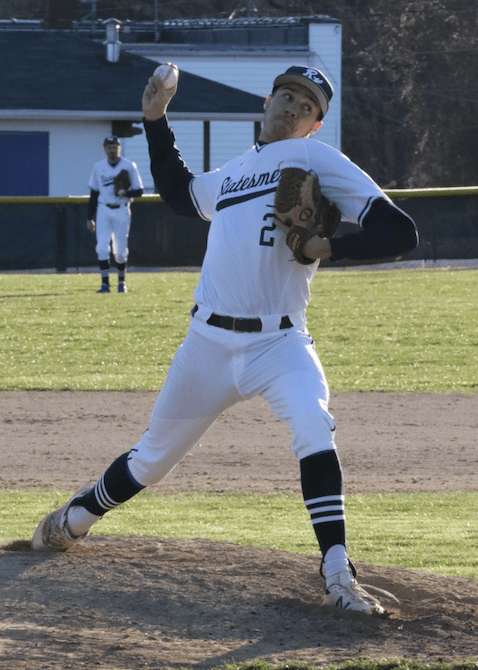 Randolph-Henry High School’s varsity baseball team suffered its first loss of the 2017 season last week but then quickly returned to its winning ways.

Senior Bradford Webb took the loss on the mound May 2, despite throwing 10 strikeouts while pitching a complete game. He also led the team on offense with two hits. Adding a hit apiece were seniors Raleigh Duffer, Joshua Jones and Kendrik Goldman.

In the blowout of the Dukes, junior pitcher Eli Moore got the win, allowing only one hit in five innings pitched.

Producing multiple hits were Jones and junior Carter Strickland, the latter of which recorded his second home run of the season.

“On the mound the Statesmen got a great performance out of Raleigh Duffer,” Allen said, noting that he pitched 5 1/3 innings. Jones finished the game.