‘With love and support’ 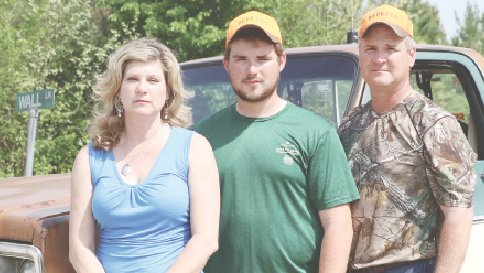 The White family pauses for a photo during Saturday’s benefit celebrating the life of Carter White. From left, Carter’s mother, Regina White, his brother, Conner White, and his father, Will White stand in front of a beloved farm truck that Carter had fixed up and had driven between farms for the past three years.

The family of the late Carter Thomas White experienced the support Saturday of the people of the Aspen community, Charlotte County and beyond.

Approximately 500 people came to the Aspen Community Association building Saturday afternoon to take part in a benefit held in honor of Carter White, a Randolph-Henry High School junior who was tragically killed in a hunting accident Dec. 2.

The benefit featured a variety of offerings, including a silent auction, games, local bands and food, such as stew, hot dogs, brownies and cookies.

Proceeds from the event went to the Charlotte County Future Farmers of America (FFA) Alumni Association in Carter White’s name.

“We raised over $10,000 for the Charlotte County FFA Alumni in Carter’s memory,” said Shirl Milton, one of the benefit organizers. “We were so pleased!”

Members of the White family on hand Saturday included Carter’s father, Will White, his mother, Regina White, his brother, Conner White, his grandfather, Reginald White, and his grandmother, Joann White.

To see the effort put forth by people in the area in Carter’s name, Will White said, “It’s just overwhelming, basically. … They didn’t want me to help with doing this, they wanted to do it all, and they did a great job, and everybody was involved. We appreciate it.”

He added that he and the family were “just overwhelmed with love and support from the community and friends and family. He was just a special kid.”

Explaining who all was in attendance, Will White said, “It’s basically family and friends, community, all his friends from school.”

Additionally, a large contingent of young people from Midway Baptist Church who were participating in the Disciple Now program came to the benefit to show their support. Carter White had been part of that youth group.

“That whole group came here and ate lunch at 12,” Will White said. “So, it was about 175 people at one time that came in. So that was great to see all the kids. They all knew him.”

Will White said a lot of family from Northern Virginia came, as well as the church community from where Regina White is from and from where he is from.

“Just to see this amount of people is great,” said Conner White, who is a freshman at Virginia Tech.

Shirl Milton lives a quarter mile down the road from the White family and has a son who went to school with Carter White. She explained how the benefit came to be.

“I’ve never seen a family grieve like their family did,” she said. “And so when this happened, I have strong, strong faith … and probably about a month or so afterwards, I just prayed about what God wanted me to do, and this is what I was led to do was to start this (benefit).”

“And this started from a phone call to a couple of people that I said, ‘Hey, what do you think about us getting the community together?’” Milton said. “And I don’t even know how many people have showed up here today. It’s been unbelievable. But it was just for love and support of the family.”

The reason for donating money to the Charlotte County FFA Alumni Association was due to the fact that “Carter (was) majorly into (the) FFA,” Milton said. “Everything was all about Future Farmers of America. He said that when he grew up, he was going to be a farmer. He was going to take over his grandfather’s farm.”

The different features of the benefit, like the silent auction and the food, were made possible due to donations.

“Tons of silent auction items were given,” Milton said. “We got donations from Brookneal, from Keysville, from Charlotte Court House — so the whole community came together. This wasn’t just Aspen Community. The whole area got together.”

Ben Whitlow, a junior at Randolph-Henry and one of Carter’s best friends, gave some insight into what Carter might have thought of the benefit, suggesting he would have been honored.

“I know he would have appreciated the way his family’s handled everything … and hope that some people can hear the gospel because of it,” Whitlow said.

Whitlow used one word to describe how he remembers Carter: “Happy.”

Milton described him as the “best guy ever” who loved everybody, “and I know people say this about people when they pass away, but I’m telling you, that’s just how he was.” 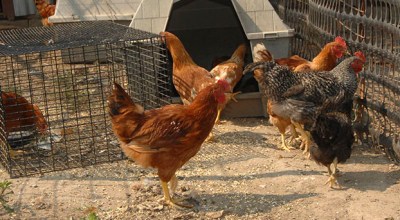