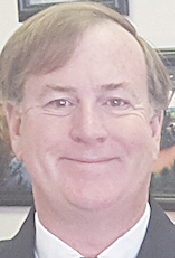 While awaiting a decision regarding the proposed water rate increase in the Town of Phenix, residents are discussing the future of the town’s water rates, which could increase from $30 every two months to $45 every month.

Phenix Fire Chief Walt Bailey said he owns three homes in town. He said the fire department, as well as his individual properties, would be affected by the proposed increase.

“Nobody wants to see a fee or a tax increase ever,” said Bailey, who said he supports the idea.

“I trust town council,” Bailey said. “I’m concerned if we don’t do something it will get to the point where we will never be able to fix it,” he said.

Phenix Mayor T. Franklin Dodd previously said the reasoning behind the proposed water rate change was due to maintenance and repair costs associated with the system.

Bailey said the current system is at least 60 years old and is failing.

Speaking from his experience as a fire chief, Bailey said because a water system is available in the town, those who live close by a fire hydrant receive a discount on their insurance.

According to the town-issued public notice, there is currently a $30 base rate based on every 4,000 gallons every two months, which would increase to $45 per month under the proposal.

Additionally, there’s an existing $4 charge for every 1,000 gallons utilized over the allotted 4,000.

“I understand that work needs to be done on the water system in the town and it will be expensive to accomplish this problem,” said Phenix resident and water customer Jimmy Harding. “I think there should be a gradual increase instead of a 200 percent increase at one time. There are a lot of elderly (people) in the town and this amount of increase will hurt them.”

For new connections, a fee of $600 is currently charged and there is a $50 reconnection fee after the water is turned off.

While the water base rate could increase under the proposal, system users will see the same $4 charge for every 1,000 gallons over the 4,000-gallon base.

Additionally, the new connection and reconnection fees would remain the same under the proposed change.

“I don’t want to see it, but it will be necessary to maintain the system,” Bailey said.

When asked if any action had been taken on the proposed water rate change, Dodd said, “we approved something but haven’t put it out there yet.”

The town council will meet again Tuesday at 6 p.m.