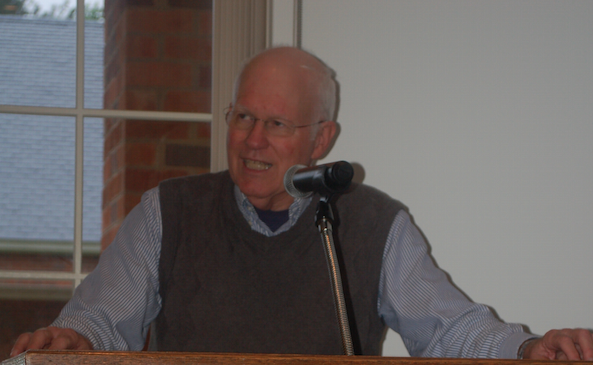 Only two citizens spoke during the Charlotte County Board of Supervisors’ public hearing on Monday night — one intended to solicit comments regarding the proposed fiscal year (FY) 2017-18 budget for the upcoming year.

Speakers expressed concerns with the advertised budget, which totals more than $51.5 million.

Charlotte Court House resident Terry Ramsey said more public disclosure was needed based on what he termed were “vague figures.”

“For example, in the advertised budget, only a single $11.5 million total revenue and expenditure figure is provided for the Capital Project Fund,” Ramsey said. “No detail is provided on the proposed use of the money. That’s a lot of money to spend without explanation.”

Ramsey said during the hearing that supervisors previously discussed $3 million of planned capital fund expenditures to be used to fix HVAC problems at Eureka Elementary School.

He said the estimated repair time could take up to five months, according to a report by Skanska’s Project Manager.

“I believe something that significant in both terms of dollars and effect on elementary school students should be clearly shown in the budget both in the numbers and accompanying narrative,” Ramsey said.

He asked supervisors to provide public disclosure of a breakdown regarding the use of the $11.5 million in the proposed Capital Project Fund.

Additionally, Ramsey said supervisors should consider including a contribution to the Charlotte Court House Fire Department to support the completion efforts of a new firehouse, located at 608 David Bruce Ave.

Wylliesburg resident Kay Pierantoni agreed that a breakdown of amounts should be included within the budget.

“Fortunately, I could attend a 9 a.m. budget work meeting in which details of line items were available,” she said. “From that worksheet, I see that you have budgeted $8,500 for your travel and education and $1,500 for your meals.”

Pierantoni also cited supervisors had budgeted money for full health coverage in addition to the monthly salary they receive.

“I am very disappointed to see this,” she said. “While I appreciate that you are willing to serve your district as an elected official, I don’t believe in that role you should be given full health insurance in addition to salary. After all, while I know it is work involved in your role as a supervisor, it is a part-time position.”

Once approved, the proposed budget will become effective July 1 — the start of the new fiscal year.

A copy of the budget can be viewed online at www.charlottecountyva.com.