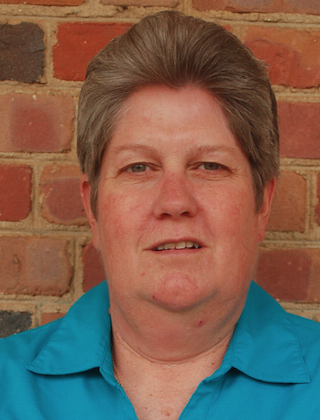 After 29 years, Theresa Long, a longtime unit administrative assistant at the Charlotte County Virginia Cooperative Extension Office, has announced her plans to retire at the end of May.

Long’s official retirement date is May 31.

Over the years, Long has been a fixture in the Extension Office and a familiar face for all who enter the building.

Long said she first started working at the office on May 1, 1988 and has been there ever since.

She said she’ll miss the people of the community most following her retirement.

“Mrs. (Nancy) Bailey called me to see if I was interested in coming to work here,” said Long.

Since being at the Extension Office, Long said one of the most notable aspects of her job has been assisting the public.

“Being able to help people with their agricultural questions and just helping get the information for the farmers,” Long said of her enjoyment of the position.

She said helping children involved in 4-H has had a positive impact on her time at the office.

“I kind of hope that I did make an impression in the kid’s lives (and) all of the community people,” Long said.

She said she also considers her co-workers to be like family.

“She’s been such an integral part of Extension,” said Unit Coordinator Bob Jones.

Jones has worked with Long throughout most of her career.

On a daily basis, Long said her job has consisted of answering the telephones, greeting visitors, working with the budget and fielding questions and inquires.

“A lot of people come in to get soil sample boxes,” she said. “We have them here; all they have to do is come pick them up.”

In 2005, Long received the Employee of the Month award from Virginia Tech for her contributions.

She said receiving the award was one of the proudest moments of her career.

In order to be chosen, Long said prospective recipients are nominated and voted on at Virginia Tech.

Long resides in Phenix with her husband, Bobby. She has two daughters, Cassie and Dottie Long.

After retirement, she said she plans to pursue her interests in farming and catering.