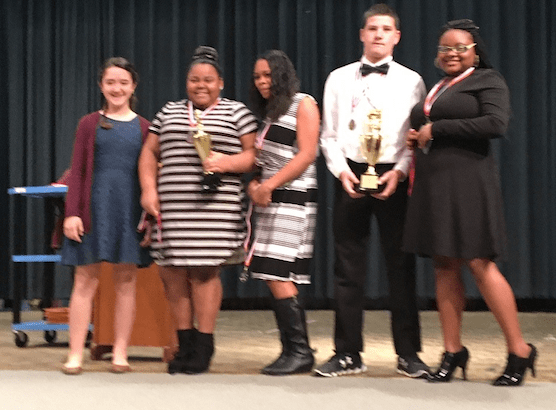 The Central Middle School debate team competed in the Southside Middle School Conference Forensics, Drama and Debate competition on March 18. The affirmative team took third place in the competition and the negative team won second place. In addition, the team was awarded second place in the overall debate category. We offer our congratulations to the students for their stellar work and for representing Charlotte County so well. Team members pictured are, from left, Helene Kimlick, Alalia Brooks, Shania Armstrong, Brian Johnson and Alicia Lawrence. The team is coached by Michelle Hassell. (Send Pictures of the Week with names and a description to PicOfTheWeek@TheCharlotteGazette.com).