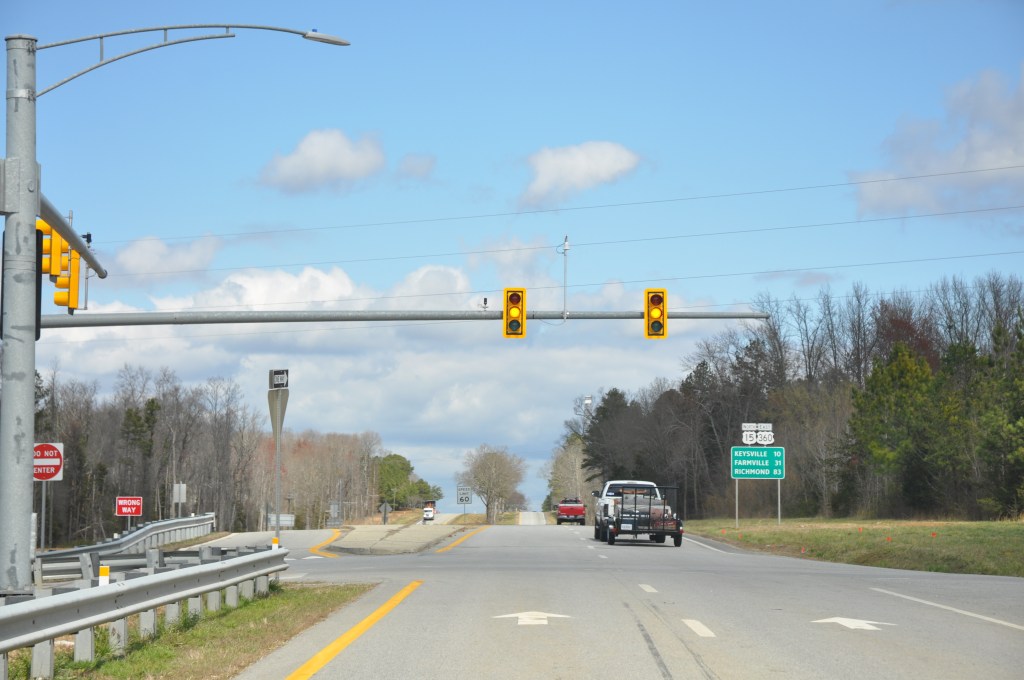 Work continues to progress on the activation and installation of stoplights at the intersection of U.S. Route 360 and Route 47 at Crafton’s Gate. The stoplights are in place, but not fully operational.

The new stoplights at the intersection of U.S. Route 360 and Route 47 at Crafton’s Gate in Charlotte County is expected to be fully operational in early April.

“The stoplight is currently operating in flashing mode to alert motorists to its presence,” said Virginia Department of Transportation spokeswoman Paula Jones.

The stoplight will be a first for the county, which currently has none.

The recommendation for a stoplight came after complaints of numerous motor vehicle accidents and the project’s receiving a high score based on VDOT’s SMART SCALE system.

“Finally something positive is being done,” said Drakes Branch Supervisor Garland Hamlett in a previous interview. “I tried years ago when I first came on the (board) to get VDOT to correct this place where too many motor vehicle accidents have occurred.”

The Crafton’s Gate intersection Project ranked 27 out of 287 projects in the SMART SCALE prioritization process and $255,691 was allocated by the state to address the safety risks at the intersection.

“That intersection is dangerous,” Hamlett said. “The last attempt to ‘fix’ the accident intersection failed, and failed miserably. Bandaids do not, I repeat, do not fix problems.”

The existing flashing lights at the intersection were rotated horizontally, instead of remaining vertical, which was intended to avoid the confusion of thinking the caution light was a traffic light that was about to turn red.

After performing a traffic study, VDOT Resident Administrator Scot Shippee said in a previous interview, “the immediate improvement that is being recommended is (a) traffic signal being installed at the Crafton’s Gate intersection, with the understanding that as a long-term recommendation a part of a potential corridorwide improvement whenever traffic volumes and traffic movements warrant it.”

According to VDOT, during the construction process the warning flashers at the intersection and stop sign flashing beacons will not be working. There are signs posted to alert motorists of the change.

The contractor for the project is Elite Contracting Group Inc., headquartered in Petersburg.