An arrest has been made in connection with one of two bomb threats reported in Charlotte County within a two-day period.

According to police, 22-year-old Timothy Zachariah Santiago was arrested following a bomb threat called in threatening courts in Lynchburg and Charlotte County made Thursday. 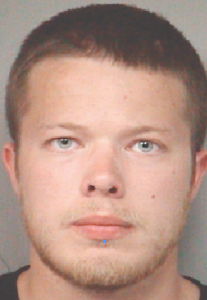 Police said Santiago, a Lynchburg resident, made the call from an elevator in Lynchburg City Hall and used a voice changer to disguise his voice.

All related courts and surrounding buildings were evacuated, searched and cleared on Thursday in Charlotte. The courthouse reopened Friday.

Santiago has been charged with threat to bomb a building and is being held at the Blue Ridge Regional Jail without bond, according to a press release from the Lynchburg Police Department.

In May, Santiago, who once lived in Lunenburg County, was charged in connection with reported breaking and enterings at the Keysville library and the Keysville Town Hall.

According to a press release from the Charlotte County Sheriff’s Office, on May 13, the sheriff’s office was notified that an attempted break-in had occurred at the Keysville Town Office and Church’s Garage.

“The sheriff’s office investigated and found that someone had attempted to enter the back doors of the two places with a pry bar,” though entry was not gained, stated the May 2016 release.

The Keysville Town Office reported on May 14 that entry had been gained to the office through the back door, and $250 was reported stolen.

The sheriff’s office was notified by Investigator Michael Landry with the Victoria Police Department on May 16 concerning Santiago, the suspect, regarding another crime.

“Investigator Landry said the suspect was trying to sell water and sewer bonds from the Town of Keysville,” stated the May release.

A statement released from the sheriff’s office stated a deputy arrived on scene and noticed gas had leaked out from one of the vans.

“(In addition), there was what looked to be the word ‘bomb’ written on a piece of paper lying in the front seat of one of the vans,” police said.

According to the statement, a bomb investigator cleared the vans and the Virginia State Police were notified. The Charlotte Court House Fire Department and a hazmat company from Lynchburg were called in to clean up the area.

Anyone with information on the Friday incident should call the Charlotte County Sheriff’s Office at (434) 542-4151.