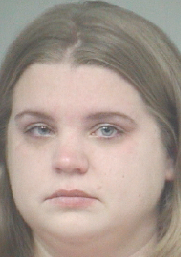 Her pleas will be reviewed by a circuit court judge Aug. 2, according to Lee Harrison, the commonwealth’s attorney for Amelia County who acted as a special prosecutor in the case.

Skelton, of Drakes Branch, was arrested on Oct. 7 and charged with 30 counts of grand larceny, embezzlement and other related charges.

According to county court documents, the charges stemmed from incidents from 2010 through January 2012.

According to Harrison, the 30 charges all fell under the category of larceny, so Skelton pled guilty to six counts of grand larceny rather than 30 individual charges.

“They’re basically being rolled into those six (charges),” said Harrison.

Harrison said a circuit court judge will review the case and make a decision on whether or not to accept Skelton’s guilty pleas.

The judge, according to Harrison, will examine Skelton’s presentence report and her restitution plan — how she believes she should pay restitution.

Harrison said he has not finished tallying all the funds that he thinks need to be repaid and didn’t wish to release an estimate.

“We want to be able to (provide) a definite figure as to the amount of money we know she took that we can prove,” said Harrison.