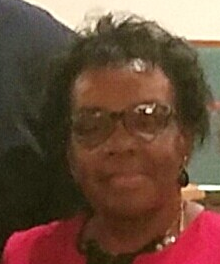 Dr. Odessa Pride, a member of the Prince Edward County Board of Supervisors, representing the Hampden District, was presented with the Unsung Hero Award in Education from the Southside District of the VMA, according to a press release.

ticians’ Association is composed of seven districts. Each district submitted three honorees amongst their communities in the areas of education, social action and business,” officials said in a press release.

“VMA Members, Denita Dupee and Wendal Givens presented (the award). Dr. Pride is retired from the Prince Edward County Public Schools where she held the positions of English teacher, assistant principal and principal in the middle and high schools and the coordinator of Career and Technical Education … Other affiliations include: member and board member of LHRC-Piedmont Geriatric Hospital; Virginia State University Alumni Association, Southside Chapter; Prince Edward County NAACP; board of directors (of) Centra Southside Community Hospital; and STEPS Inc. policy council. She is a member of St. Andrews Baptist Church in Cullen.”