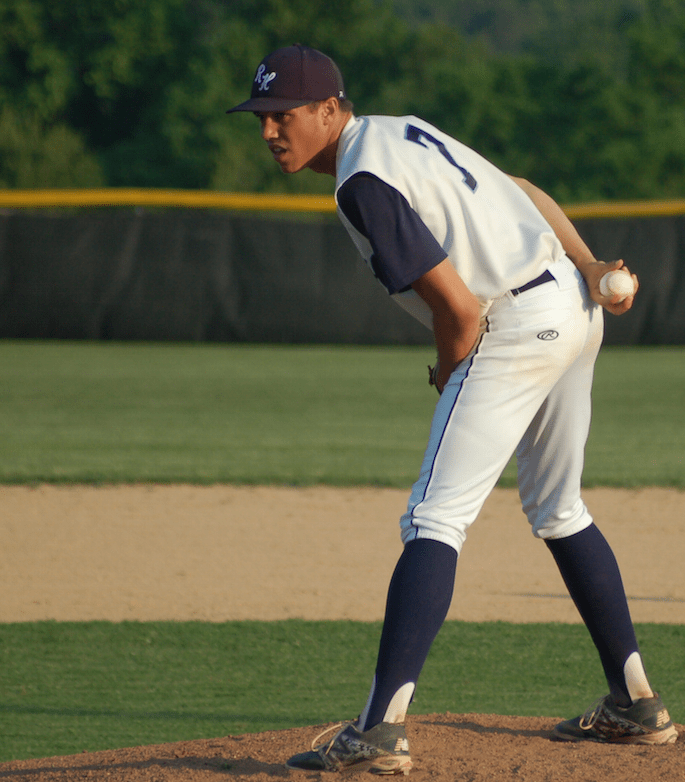 Raleigh Duffer will be one of Randolph-Henry High School’s primary pitchers this season.

Randolph-Henry High School’s varsity baseball team starts its 2017 season Tuesday, looking to build on its 2016 success, but this time in a new region and a new conference.

This year, the Statesmen move from Region 2A West to 2A East and from Courthouse Conference 37 to Quad Rivers Conference 34.

Randolph-Henry won its second Conference 37 tournament championship last season and advanced as far as the Region 2A West tournament semifinals, finishing with an overall record of 20-3.

“I’ve got high expectations,” Statesmen Head Coach J.R. Allen said of his 2017 squad. “I think we’ll have as good of a year as last year if not better, hopefully.”

Despite these losses, R-H does not have any underclassmen on the 2017 roster.

He noted that senior shortstop Josh Jones, in his fourth varsity season, will be the team’s go-to guy on offense.

“On the mound, it’ll be Bradford Webb, Raleigh Duffer and Carter Strickland, along with Josh Jones throwing some,” Allen said.

Expected to hold positions in the outfield are Strickland, a junior, senior Chase Barksdale and junior Jordan Jones.

Juniors Jackson Harding and Devin Marinnino are up-and-comers who Allen expects to get playing time when Webb and Duffer pitch.

The Statesmen open their season Tuesday at 5 p.m. at Central Lunenburg High School.