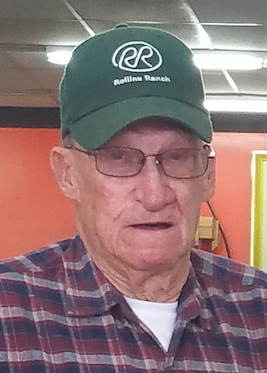 st 260 in Keysville will host its annual chicken and barbecue dinner fundraiser at the Keysville Fire Department on Saturday.

The event is held annually as a fundraiser for the post. “It’s mostly for the community,” said Post 260 Recruiter Marvin Whirley.

He said the American Legion sponsors the event to allow members of the community to enjoy themselves.

While there is no charge for the dinner, the Post is accepting donations for the dinner. In addition to chicken and barbecue, the menu consists of rolls, baked beans, cole slaw, dessert, coffee, tea and lemonade.

Carry-out plates will be available starting at 5:30 p.m. and dine-in will begin at 6 p.m.

Whirley said the event began several years ago and initially consisted of serving chicken and oysters. Over time, he said, oysters became expensive and the dinner was changed to chicken and fish. This year, the Post will provide chicken and barbecue.

In addition to a hearty meal, there will be live music.

According to their website, the American Legion “is the nation’s largest wartime veteran’s service organization, committed to mentoring youth and sponsorship of wholesome programs in our communities, advocating patriotism and honor, promoting strong national security and continued devotion to our fellow service members and veterans.”

Whirley said the American Legion participates in various community service projects throughout the year including visiting shut-in members of the community, veterans in the hospital and performing military funerals upon request.

Whirley said the Post is always looking for new members.