Skelton will stand trial next month 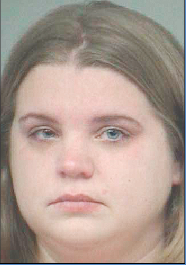 A former Charlotte Court House town clerk facing 30 charges stemming from allegations she embezzled public funds dating back to 2010 is set to stand trial before a jury on March 21 and 22.

The grand jury indicted Skelton Oct. 5, the same day the charges were presented. Authorities arrested Skelton on Oct. 7. According to the Charlotte County Clerk of Circuit Court’s Office, Skelton is free on a secured bond.

In 2013, a Virginia State Police press release named Skelton, then 30, along with Amy W. Covington, then 41, of Charlotte Court House, as facing several charges handed up by a grand jury.

Law enforcement charged Skelton with one count each of trespassing and conspiracy to trespass, both of which were dismissed that August.