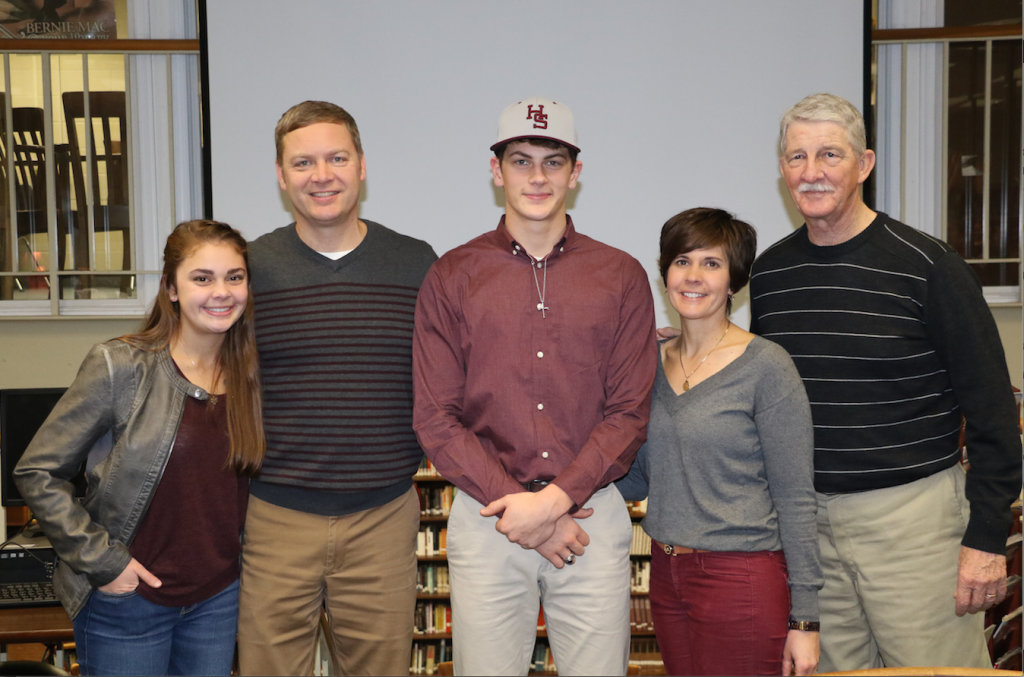 Webb’s big moment, which was accompanied by a crowd of friends, family and coaches, had been years in the making.

He began playing baseball when he was 3 years old.

His grandfather, Gary Walker, has also been his coach, a key factor in the development of Webb as a baseball player.

“He was homeschooled when he was little, so I told him, ‘If you call me, we’ll practice,’” Walker said. “And for four or five years before he went to public school, he called me at seven o’clock every morning. We’d go to the gym and hit and throw.”

Webb will be an important contributor to the Statesmen this year on the mound, and he expressed enthusiasm at being able to continue his time on the diamond in college.

“That’s every little boy’s dream, right?” he said. “It’s everything I’ve ever wanted, and it’s just a blessing to be able to do it now.”

He considered some different schools to play for, including Marymount University and Lynchburg College, and Randolph-Macon College showed some interest, but he said it just felt right at Hampden-Sydney and elaborated on what gave the school the edge over all others.

“I’d say it was a visit and the atmosphere there,” he said. “And it’s close to home — I love that. And I love their baseball program. They have a good work ethic, just like everybody said about me, but I think it’s awesome to have all that in one school.”

Statesmen Head Coach J.R. Allen testified to Webb’s hard work over the last four years to get to this point and said the right-handed pitcher will fill a need at H-SC.

Webb’s father, Mark Webb, said he was excited because he and his wife were seeing the fruit of their son’s labor.

“It proves with hard work, you can realize your dreams,” he said.