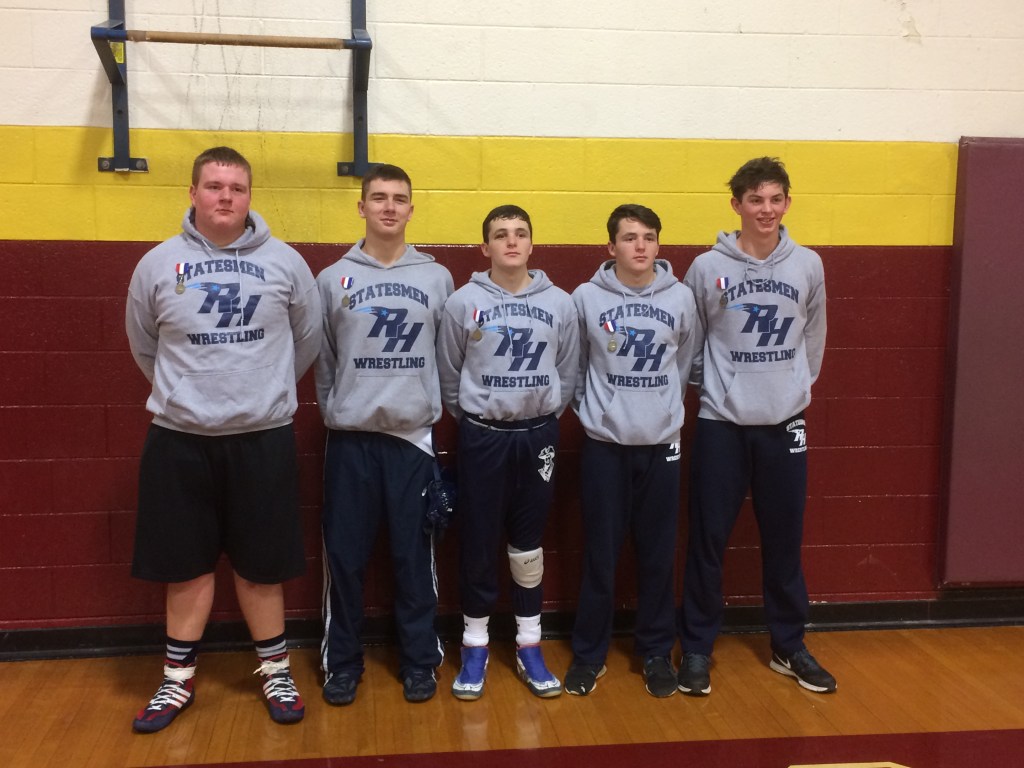 All 12 members of the Randolph-Henry High School varsity wrestling team qualified for regionals by placing in the top four of their respective weight classes at the Quad River Conference 34 tournament on Feb. 1 at Nottoway High School.

As a team, Nottoway won the conference tourney with a score of 205, producing four weight-class winners. Randolph-Henry came in second with 184 points, Amelia County High School was third with 140.50, Goochland High School was fourth with 109 and Bluetone High School was fifth with 75.

“Our team wrestled mostly the same competition as the previous week and came out better than previously,” Statesmen Head Coach Dean Schwartz said. “R-H wrestled hard, and the results showed that.”

Christopher Nichols, Michael Nichols, Parrish and Calhoun won all of their matches by pin. Walker won his semifinal match by pin and his final match by a 6-2 decision.

The Region 2A East tournament will be held Friday and Saturday at Strasburg High School. Wrestling is set to begin at 3 p.m. on Friday and 9 a.m. on Saturday.