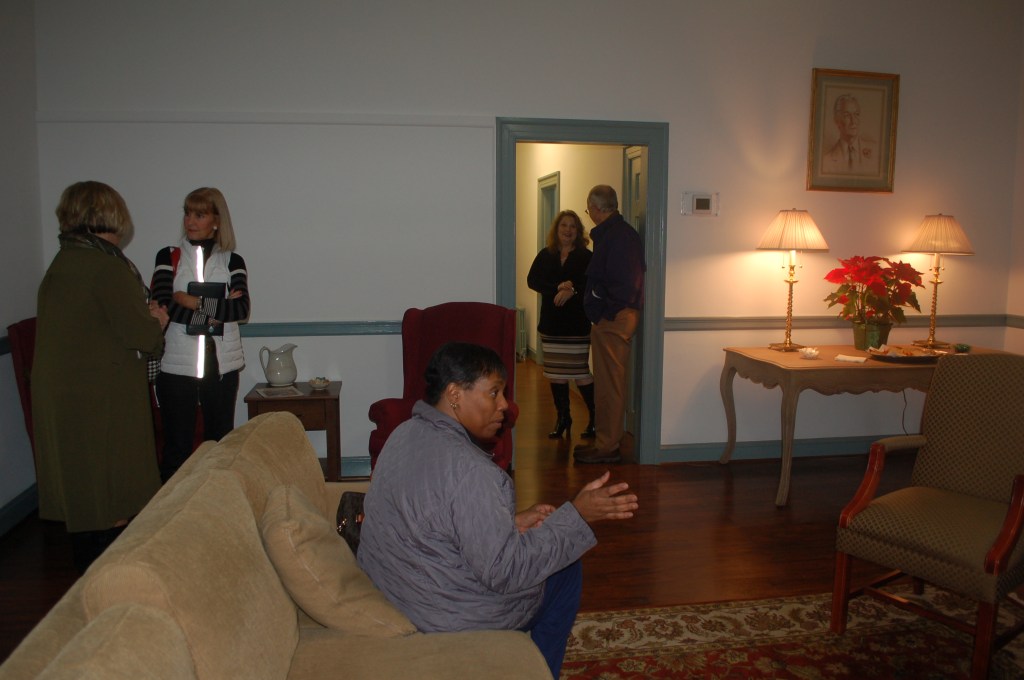 Pictured, from left, Patricia Randolph, Vege Pack, Carolyn Baker, Dr. Nancy Leonard and Ned Locke mingle at the newly renovated David Bruce Building. An open house was held recently as an invitation to the public to witness the changes to the facilities.

The David Bruce Building, located in Charlotte Court House, held an open house recently, inviting the public to see the new changes in the building.

According to Charlotte County Public Schools (CCPS) Division Superintendent Dr. Nancy Leonard, the David Bruce Building is located at the site of the former health department in Charlotte Court House.

“During this past year, CCPS has located its instructional technology and Virtual Virginia offices in that building, as well as created a conference room for meeting purposes within the building,” Leonard said. “The Charlotte County Chamber of Commerce office is also located within the building and … Vege (Pack), grant writer, also has an office within the building.”

According to Leonard, Pack writes grants for the school division, but also helps teachers seek grants for their classrooms in addition to helping other county agencies pursue grants.

According to Fitz, after being vacated by the health department, the building remained empty until 2012, when the county took the initiative to renovate and make repairs to the building.

The chamber was then asked by the county if it would be interested in occupying space.

After officially relocating the chamber office from the Charlotte Court House Municipal Building to the David Bruce Building, Fitz said the group welcomed the new change.

“We were excited to be located in such a notable building with more office space and in a great location,” she said.

Fitz said there are aspirations to create a welcome center in the David Bruce Building in the future.