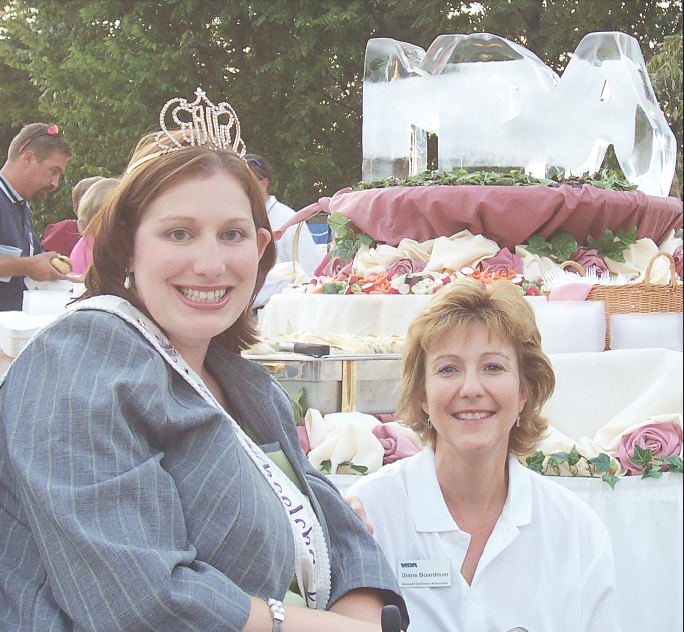 Wilkerson, 43, who was diagnosed with Friedrich’s Ataxia (one of more than 40 muscular disorders covered under the MDA) at age 12, was appointed last month after filling out and submitting an application.

Wilkerson said she had been to a Friedrich’s Ataxia Clinic where she was introduced to the director of the Richmond MDA office.

“I spent a few minutes with her, and within a couple days, I got an email from her; she nominated me for the ambassador position,” Marshall-Wilkerson said. “And, by the way, the deadline was two days from (when I received the email).”

Despite being told she wouldn’t have the results of the application until January, Marshall-Wilkerson said she found out she had been appointed on Dec. 16.

“She had been involved with the MDA for many years,” said Niki Benfield, family care specialist for the Greater Virginia MDA. “In 1994 she received the MDA Personal Achievement Award, has participated in fundraising events, and several times has spoken on behalf of the MDA and her muscular disease.”

Marshall-Wilkerson said she was excited for the opportunity to be able to continue being an advocate for those with muscular disorders covered under the MDA. She said she advocates and educates people as often as she can on her disorder, and sees her new role as an opportunity to expand those opportunities.

The MDA previously selected children as MDA Ambassadors. Many disorders covered under the MDA are often fatal in children, Marshall-Wilkerson said. Because more children and young adults are living with and through the disease, Marshall-Wilkerson thinks the MDA selected an adult ambassador to be an example and mentor for young adults who are living with the disorder.

Marshall-Wilkerson said one piece of advice she would offer to young people struggling with the disease is to not get discouraged by it.

“You might have those days every now and then that you have a pity party for one, but you don’t stay there very long,” Marshall-Wilkerson said. “If you lose an ability, you can mourn it for a little while, but then you have to remind yourself all the things you can still do.”