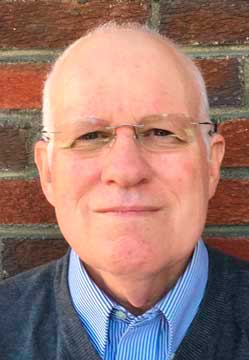 Charlotte supervisors discussed potential changes to the county’s policy regarding the public comment period during board of supervisors’ meetings on Tuesday.

The current policy, adopted by the board for citizens to offer comments in a public forum, sets rules, such as each speaker should be allowed no more than three minutes and no anonymous statements are accepted.

Charlotte Court House resident Terry Ramsey proposed several changes to the policy during supervisors’ Tuesday meeting. “Policy for Citizen Comment Period” was listed on the meeting agenda, though no action was taken.

In an email sent to board members and presented during Tuesday’s public comment period, Ramsey said, the “current policy uses the term ‘citizen’ without defining. I understand the definition of a U.S. citizen is in the Constitution, but unsure where citizen of a Virginia county is defined. Does Charlotte County award citizenship? The term ‘citizen’ was interpreted by a prior chair to mean citizen of Charlotte County by not allowing a person representing a corporation owning land in Charlotte County to speak because they lived outside the county.”

Ramsey said that if it was the intent to limit it to citizens of Charlotte, “the policy should so state and define the term citizen.”

Ramsey suggested that any person who attends the meeting and presents in a respectful manner should be allowed to speak. Cullen/Red House Supervisor Dr. Nancy Carwile said she felt like most of the individuals who have addressed the board have been respectful.

“If they want to speak, they need to get on the agenda,” said Drakes Branch Supervisor Garland Hamlett Jr.

He said the term citizen could be defined as anyone who has Charlotte County listed as their residency on their Driver’s License.

In addition to residency, the current policy only allows citizens to speak about items defined on the meeting agenda.

“I believe the board needs to hear from any person who respectively speaks to any item believed important to the county, regardless of whether on the current meeting agenda,” Ramsey said. “If nothing more, it serves as a ‘safety valve’ and shows the board is open to hear of all issues of concern to the public.”

Carwile suggested the idea of having two public comment periods during meetings to accommodate all matters. Those who wished to speak on items not listed on the agenda could speak at the end of the meeting, she suggested.

“That, to me, would make the meeting go a lot more smoothly …,” she said.

Ramsey said it would be beneficial to the county to have one specific document in place which clearly outlines board policies.

A working group of supervisors will discuss the matter and report back at the next meeting.