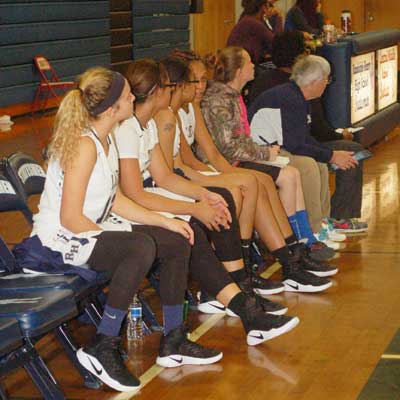 “After a 6-6 tie in the first, the wheels fell off in the second and third quarter, and we were outscored 35-11,” Randolph-Henry Head Coach D.J. Jack said.

The Lady Statesmen struggled significantly with shooting, going 11-for-67, and with taking care of the basketball on offense.

“We cannot win games when you shoot 16 percent and turn the ball over 36 times,” Jack said. “Over Christmas break, we will continue to work on our shooting and protecting the ball — something we really need.”

“Trailing 15-0 after the first quarter, we finally got things rolling in the second quarter, outscoring Cumberland 8-7 and trailed 22-8 heading into halftime,” Jack said.

R-H cut the lead to 10 in the third quarter, but poor shooting and turnovers helped the Lady Dukes pull away.