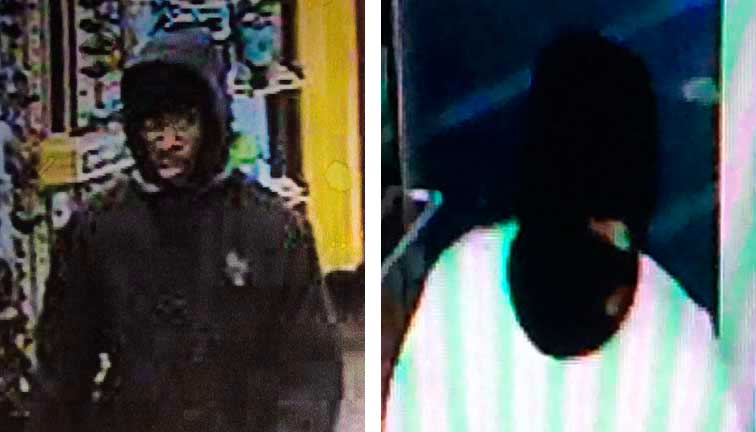 Video surveillance photos show at least one suspect, perhaps two, thought to be involved with break-ins at the Old 26 Store in Randolph and Red Bird in Keysville. Lottery tickets were stolen in both cases.

The Charlotte County Sheriff’s Office is seeking the suspects responsible for breaking into two stores and stealing lottery tickets.

Sheriff Thomas Jones said one of the break-ins took place around 3:30 a.m. Nov. 18 when at least one suspect broke through the front door of the Old 26 Store in the Randolph area. Jones said they stole lottery tickets being sold there.

“The same thing — they broke through the front door and stole lottery tickets,” Jones said.

He also said the break-ins may be connected to others in Southside Virginia.

“I went to a meeting in Pittsylvania County with nine other sheriffs who all have seen the same thing,” he said.

Jones said the male suspects are hard to describe because they were covering themselves with scarves, hoodies and glasses.

“They’ve been cashing the lottery tickets at different locations and are covering themselves up there, too,” Jones said.